“ However, our impulses are too strong for our judgement sometimes. ”
Thomas Hardy, Tess of the d'Urbervilles (1891). copy citation

“His own investigations had begun on a day in the preceding spring when, having been engaged in tracing the vicissitudes of the d'Urberville family, he had observed Durbeyfield's name on his waggon, and had thereupon been led to make inquiries about his father and grandfather till he had no doubt on the subject.
«At first I resolved not to disturb you with such a useless piece of information,» said he. «However, our impulses are too strong for our judgement sometimes. I thought you might perhaps know something of it all the while.»
«Well, I have heard once or twice, 'tis true, that my family had seen better days afore they came to Blackmoor. But I took no notice o't, thinking it to mean that we had once kept two horses where we now keep only one.” source

“Every impulse that we strive to strangle broods in the mind and poisons us.” Oscar Wilde, The Picture of Dorian Gray

“But a thought must directly, or indirectly, by means of certain signs, relate ultimately to intuitions; consequently, with us, to sensibility, because in no other way can an object be given to us.” Immanuel Kant, Critique of Pure Reason

“There's beggary in the love that can be reckon'd.” William Shakespeare, Antony and Cleopatra 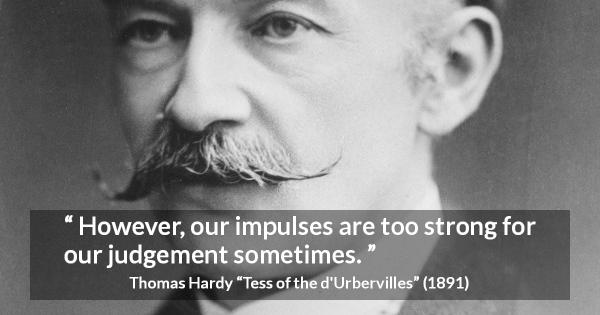 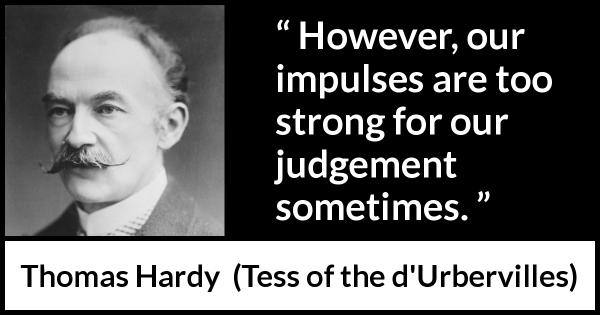