“ Where others have failed, I will not fail. ”
Jules Verne, Twenty Thousand Leagues under the Sea (1870). copy citation

“But to conquer those obstacles which bristled round the South Pole, rendering it more inaccessible than the North, which had not yet been reached by the boldest navigators—was it not a mad enterprise, one which only a maniac would have conceived? It then came into my head to ask Captain Nemo if he had ever discovered that pole which had never yet been trodden by a human creature?
"No, sir," he replied; "but we will discover it together. Where others have failed, I will not fail. I have never yet led my Nautilus so far into southern seas; but, I repeat, it shall go further yet."
"I can well believe you, Captain," said I, in a slightly ironical tone. "I believe you! Let us go ahead!” source
Original quote
“Là où d'autres ont échoué, je n'échouerai pas.” Jules Verne, Vingt Mille Lieues sous les mers

“The success is not mine, the failure is not mine, but the two together make me.” Charles Dickens, Great Expectations

“Be hungry for success, hungry to make your mark, hungry to be seen and to be heard and to have an effect. And as you move up and become successful, make sure also to be hungry for helping others.” Arnold Schwarzenegger, Total Recall: My Unbelievably True Life Story 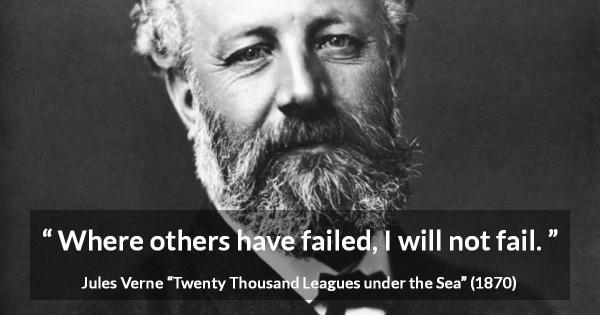 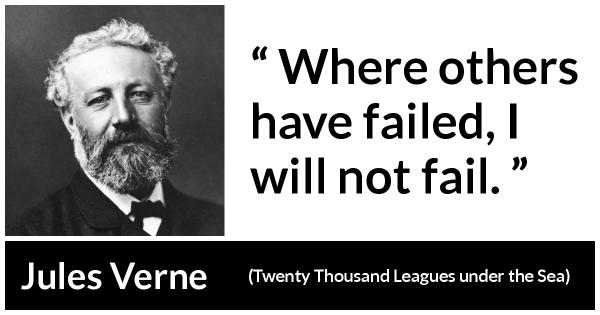 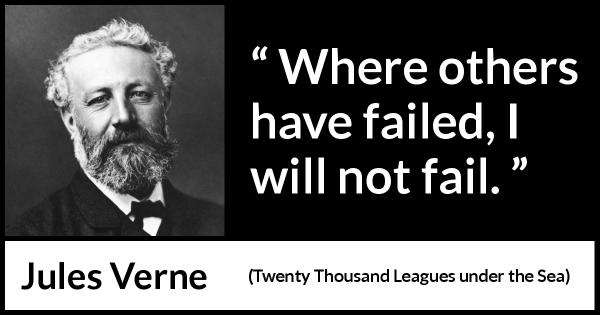 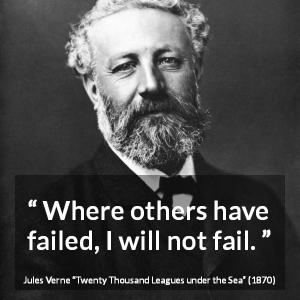 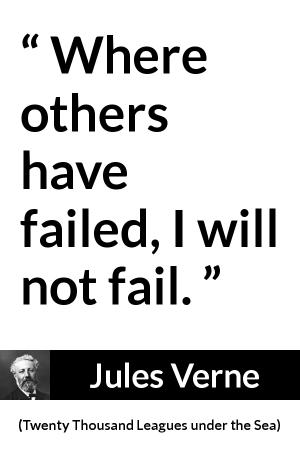 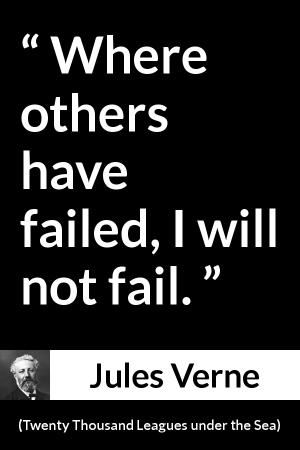