“ The success is not mine, the failure is not mine, but the two together make me. ”
Charles Dickens, Great Expectations (1861). copy citation

“«Or,» said Estella,—«which is a nearer case,—if you had taught her, from the dawn of her intelligence, with your utmost energy and might, that there was such a thing as daylight, but that it was made to be her enemy and destroyer, and she must always turn against it, for it had blighted you and would else blight her;—if you had done this, and then, for a purpose, had wanted her to take naturally to the daylight and she could not do it, you would have been disappointed and angry?»
Miss Havisham sat listening (or it seemed so, for I could not see her face), but still made no answer.
«So,» said Estella, «I must be taken as I have been made. The success is not mine, the failure is not mine, but the two together make me.»
Miss Havisham had settled down, I hardly knew how, upon the floor, among the faded bridal relics with which it was strewn. I took advantage of the moment—I had sought one from the first—to leave the room, after beseeching Estella's attention to her, with a movement of my hand.” source

“Where others have failed, I will not fail.” Jules Verne, Twenty Thousand Leagues under the Sea

“Success is more than luck. You have to believe in yourself and make it happen.” Richard Branson, Screw It, Let's Do It

“In any case you mustn't confuse a single failure with a final defeat.” F. Scott Fitzgerald, Tender Is the Night

“The very qualities I love you for are the ones that will always make you a failure.” F. Scott Fitzgerald, This Side of Paradise

“There is nothing which is so weak for working purposes as this enormous importance attached to immediate victory. There is nothing that fails like success.” G. K. Chesterton, Heretics 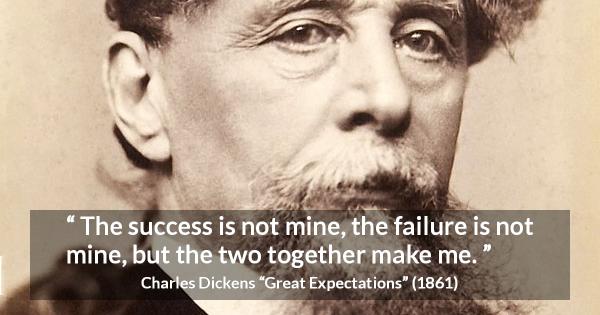 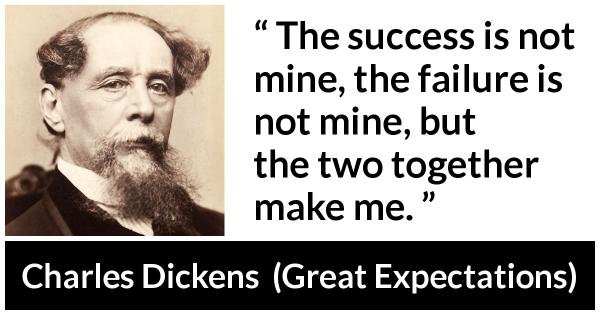 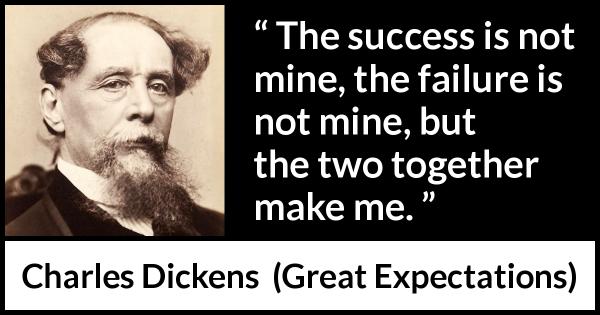 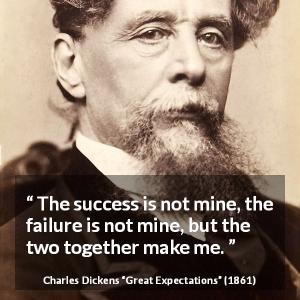 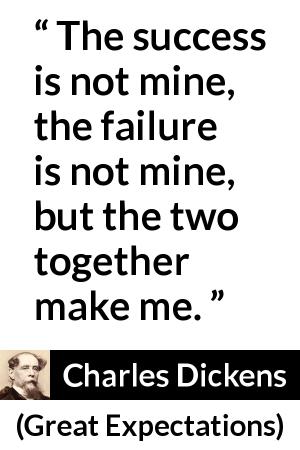 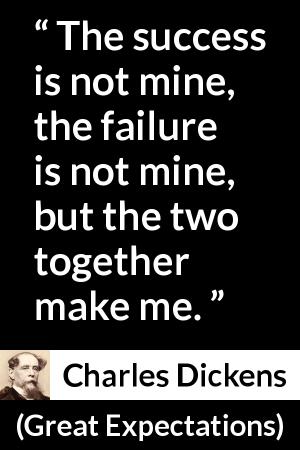