“ In any case you mustn't confuse a single failure with a final defeat. ”
F. Scott Fitzgerald, Tender Is the Night (1934). copy citation

“"Are you quite sure you've been in a real battle?"
"Look at me!" she cried furiously.
"You've suffered, but many women suffered before they mistook themselves for men." It was becoming an argument and he retreated. "In any case you mustn't confuse a single failure with a final defeat."
She sneered. "Beautiful words," and the phrase transpiring up through the crust of pain humbled him.
"We would like to go into the true reasons that brought you here—" he began but she interrupted.” source

“There is only one thing that makes a dream impossible to achieve: the fear of failure.” Paulo Coelho, The Alchemist

“There is nothing which is so weak for working purposes as this enormous importance attached to immediate victory. There is nothing that fails like success.” G. K. Chesterton, Heretics

“The success is not mine, the failure is not mine, but the two together make me.” Charles Dickens, Great Expectations 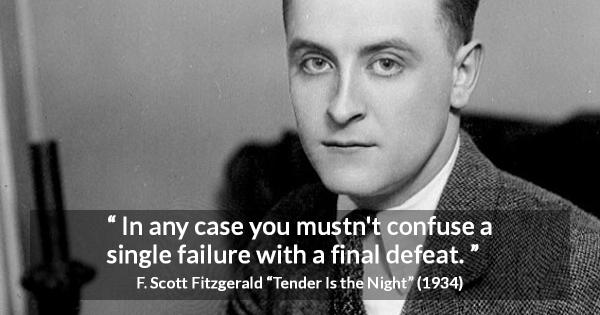 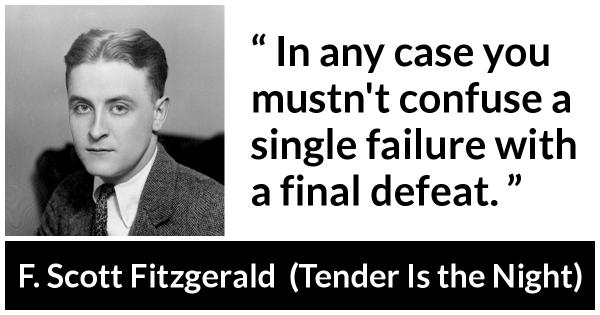 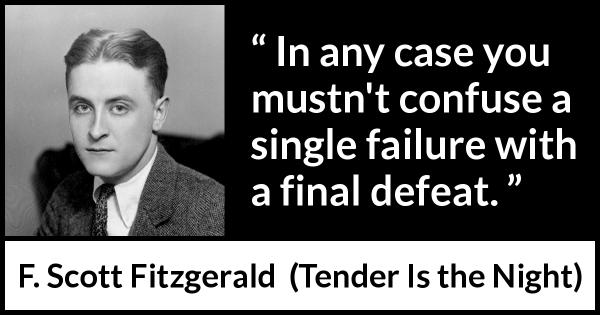 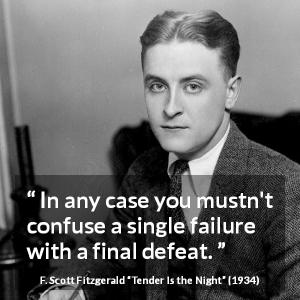 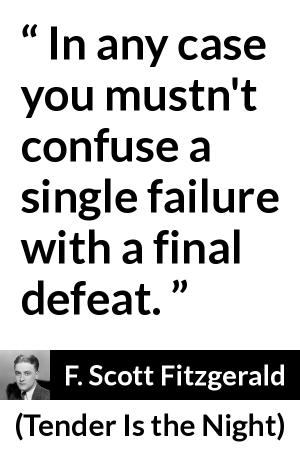 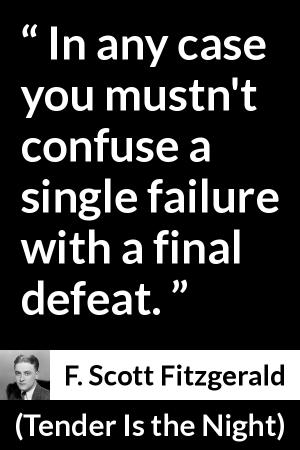