“ But life is short, and truth works far and lives long: let us speak the truth. ”
Arthur Schopenhauer, The World as Will and Representation (1819). copy citation

“And now that I have allowed myself the jest to which in this two-sided life hardly any page can be too serious to grant a place, I part with the book with deep seriousness, in the sure hope that sooner or later it will reach those to whom alone it can be addressed; and for the rest, patiently resigned that the same fate should, in full measure, befall it, that in all ages has, to some extent, befallen all knowledge, and especially the weightiest knowledge of the truth, to which only a brief triumph is allotted between the two long periods in which it is condemned as paradoxical or disparaged as trivial. The former fate is also wont to befall its author. But life is short, and truth works far and lives long: let us speak the truth.
Written at Dresden in August 1818. [Pg xvii] PREFACE TO THE SECOND EDITION. Not to my contemporaries, not to my compatriots—to mankind I commit my now completed work in the confidence that it will not be without value for them, even if this should be late recognised, as is commonly the lot of what is good.” source

“Sometimes it is easier to see clearly into the liar than into the man who tells the truth. Truth, like light, blinds. Falsehood, on the contrary, is a beautiful twilight that enhances every object.” Albert Camus, The Fall

“An unbelieved truth can hurt a man much more than a lie. It takes great courage to back truth unacceptable to our times. There’s a punishment for it, and it’s usually crucifixion.” John Steinbeck, East of Eden

“Philosophy lives in words, but truth and fact well up into our lives in ways that exceed verbal formulation.” William James, The Varieties of Religious Experience

“Let us face it: our lives are miserable, laborious, and short.” George Orwell, Animal Farm

“Is not life a hundred times too short for us—to bore ourselves?” Friedrich Nietzsche, Beyond Good and Evil 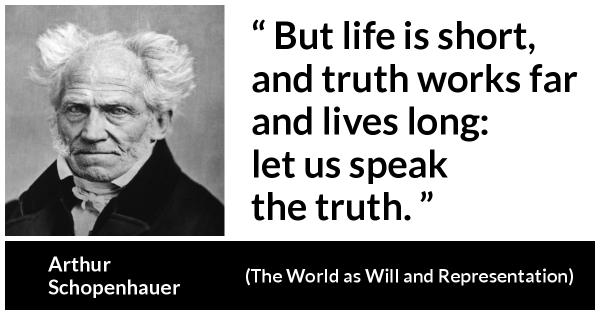 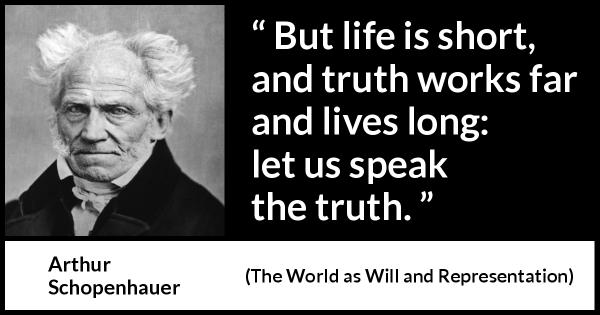 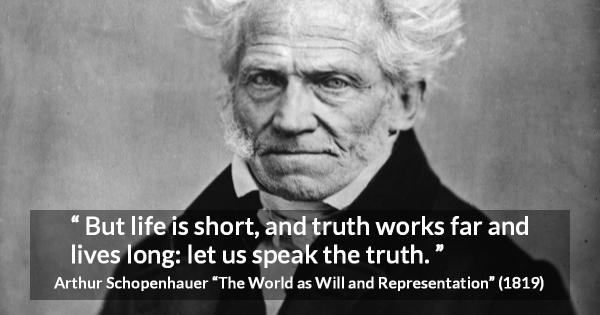 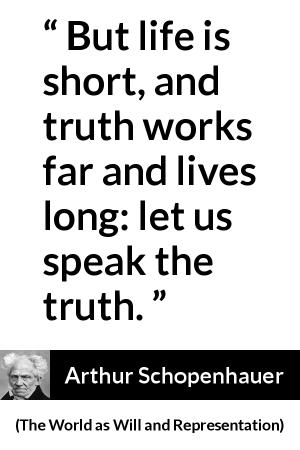 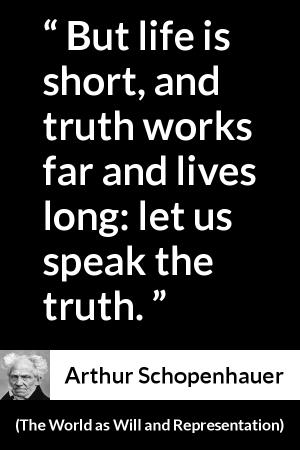 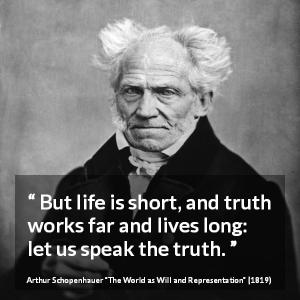