“ It is the function of vice to keep virtue within reasonable bounds. ”
Samuel Butler, The Note-Books of Samuel Butler (1912). copy citation

“It is in strife that life lies, and were there no opposing forces there would be neither moral nor immoral, neither victory nor defeat.
V If virtue had everything her own way she would be as insufferable as dominant factions generally are. It is the function of vice to keep virtue within reasonable bounds.
VI Virtue has never yet been adequately represented by any who have had any claim to be considered virtuous. It is the sub-vicious who best understand virtue. Let the virtuous people stick to describing vice—which they can do well enough.” source

“courage is not simply one of the virtues, but the form of every virtue at the testing point, which means, at the point of highest reality.” C. S. Lewis, The Screwtape Letters

“The effort for self-preservation is the first and only foundation of virtue.” Baruch Spinoza, Ethics

“Assume a virtue, if you have it not.” William Shakespeare, Hamlet

“Believe me, it is a divine thing to lend,—to owe, an heroic virtue.” François Rabelais, Gargantua and Pantagruel

“the moral world . . . has, perhaps, no particular objection to vice, but an insuperable repugnance to hearing vice called by its proper name.” William Makepeace Thackeray, Vanity Fair 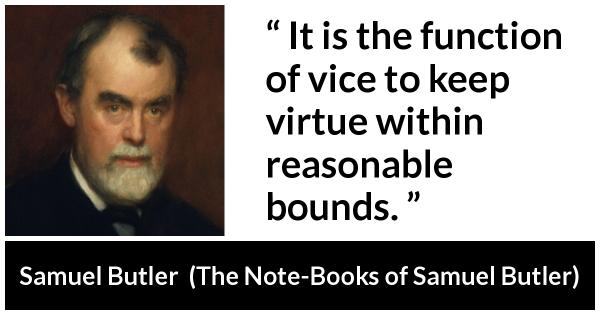 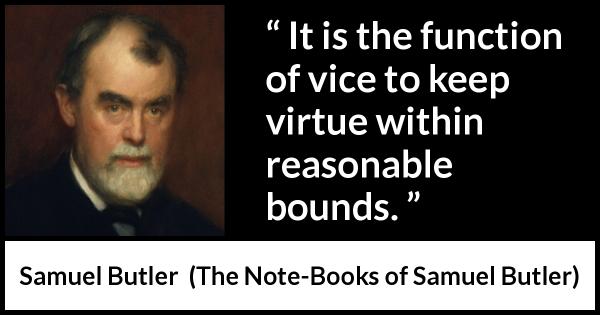 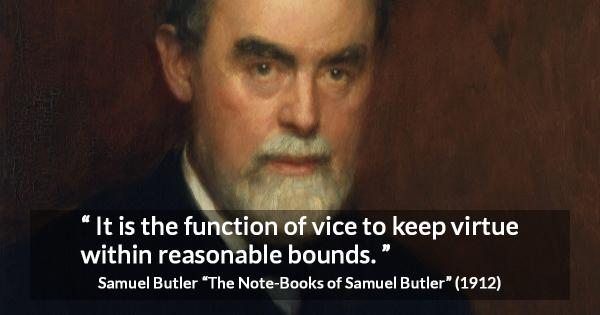 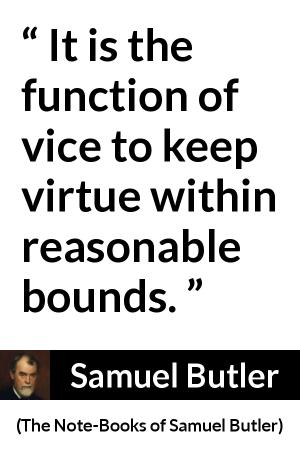 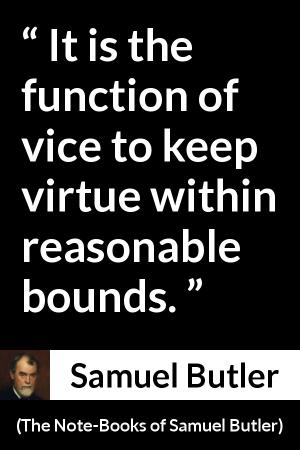 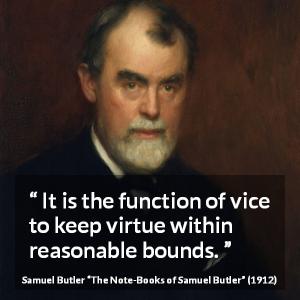