“ If his forces are united, separate them. ”
Sun Tzu, The Art of War (5th century BC). copy citation

“If he is in superior strength, evade him.
22. If your opponent is of choleric temper, seek to irritate him. Pretend to be weak, that he may grow arrogant.
23. If he is taking his ease, give him no rest. If his forces are united, separate them.
24. Attack him where he is unprepared, appear where you are not expected.
25. These military devices, leading to victory, must not be divulged beforehand.
26. Now the general who wins a battle makes many calculations in his temple ere the battle is fought.” source

“The reason why the world lacks unity, and lies broken and in heaps, is, because man is disunited with himself.” Ralph Waldo Emerson, Nature

“For all uniting of strength by private men, is, if for evill intent, unjust; if for intent unknown, dangerous to the Publique, and unjustly concealed.” Thomas Hobbes, Leviathan

“Because misery and degradation, and death, and nothing that God or Satan could inflict would have parted us, you, of your own will, did it. I have not broken your heart—you have broken it; and in breaking it, you have broken mine. So much the...” Emily Brontë, Wuthering Heights 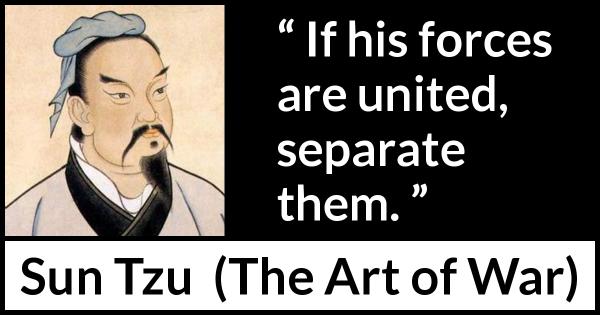 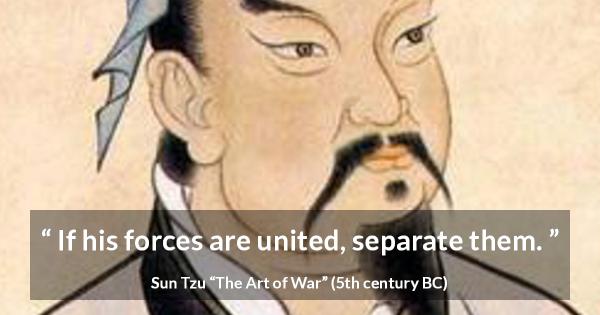 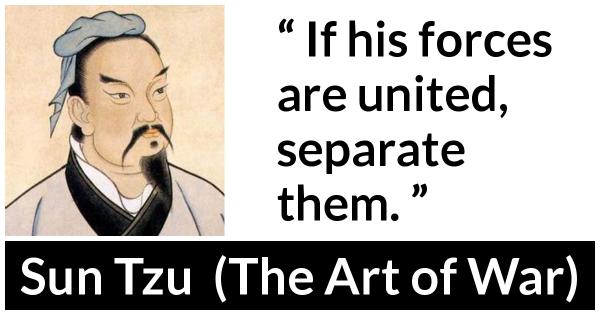 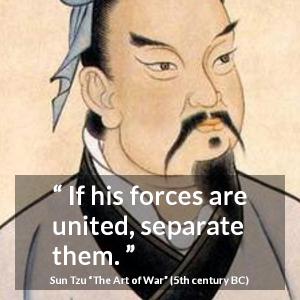 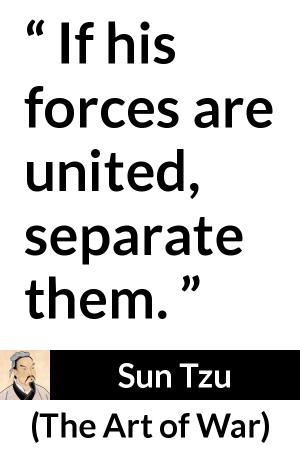