“ The eye which turns from a white object in the light of the sun and goes into a less fully lighted place will see everything as dark. ”
Leonardo da Vinci, The Notebooks of Leonardo Da Vinci (1478 – 1519). copy citation

“This occurs because the greater the darkness into which the pupil goes the more its size increases, and this increase makes the darkness seem less.
[Footnote 14: La luce entrerŕ. Luce occurs here in the sense of pupil of the eye as in no 51: C. A. 84b; 245a; I—5; and in many other places.]
36. ON PERSPECTIVE.
The eye which turns from a white object in the light of the sun and goes into a less fully lighted place will see everything as dark. And this happens either because the pupils of the eyes which have rested on this brilliantly lighted white object have contracted so much that, given at first a certain extent of surface, they will have lost more than 3/4 of their size; and, lacking in size, they are also deficient in [seeing] power.” source

“May it be a light to you in dark places, when all other lights go out.” J. R. R. Tolkien, The Fellowship of the Ring

“Thus the sun which possesses light perfectly, can shine by itself; whereas the moon which has the nature of light imperfectly, sheds only a borrowed light.” Thomas Aquinas, Summa Theologica

“That's the light that makes everything better, everything prettier, and today, everything just seemed to be in that light.” John Green, Looking for Alaska

“How far that little candle throws his beams! So shines a good deed in a naughty world.” William Shakespeare, The Merchant of Venice 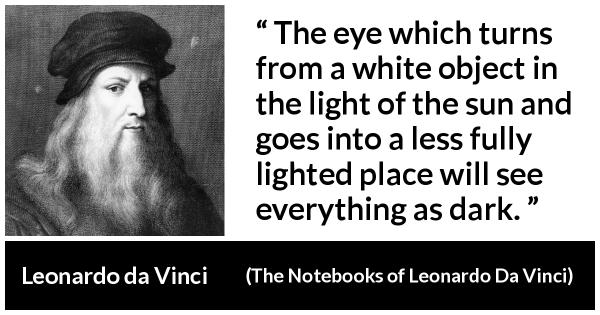 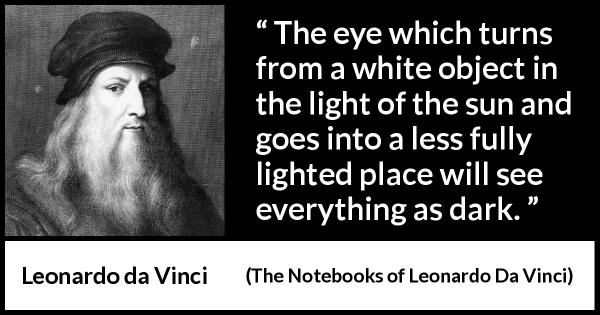 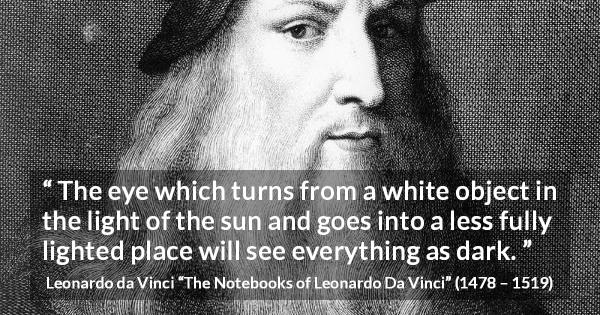 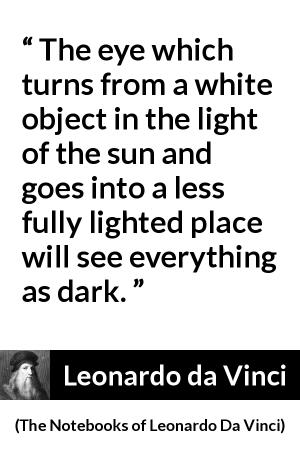 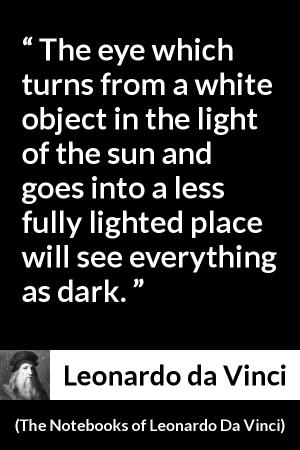 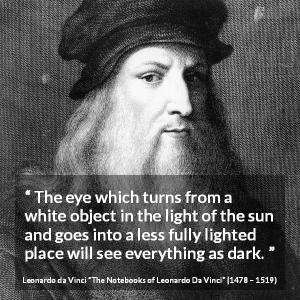