“ Thus the sun which possesses light perfectly, can shine by itself; whereas the moon which has the nature of light imperfectly, sheds only a borrowed light. ”
Thomas Aquinas, Summa Theologica (1274). copy citation

“Now it is evident that anything that has a nature or a form or a virtue perfectly, can of itself work according to them: not, however, excluding the operation of God, Who works inwardly in every nature and in every will. On the other hand, that which has a nature, or form, or virtue imperfectly, cannot of itself work, unless it be moved by another. Thus the sun which possesses light perfectly, can shine by itself; whereas the moon which has the nature of light imperfectly, sheds only a borrowed light. Again, a physician, who knows the medical art perfectly, can work by himself; but his pupil, who is not yet fully instructed, cannot work by himself, but needs to receive instructions from him.
Accordingly, in matters subject to human reason, and directed to man's connatural end, man can work through the judgment of his reason.” source

“The eye which turns from a white object in the light of the sun and goes into a less fully lighted place will see everything as dark.” Leonardo da Vinci, The Notebooks of Leonardo Da Vinci

“There is no sun without shadow, and it is essential to know the night.” Albert Camus, The Myth of Sisyphus

“It's not too bad when the sun's out, but the sun only comes out when it feels like coming out.” J. D. Salinger, The Catcher in the Rye

“Be the sun and all will see you.” Fyodor Dostoyevsky, Crime and Punishment 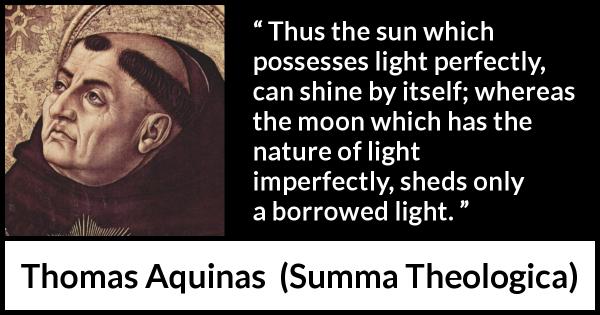 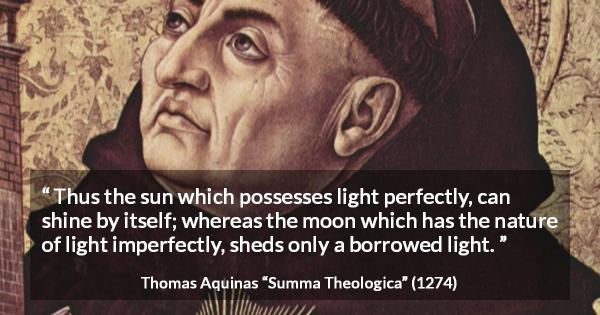 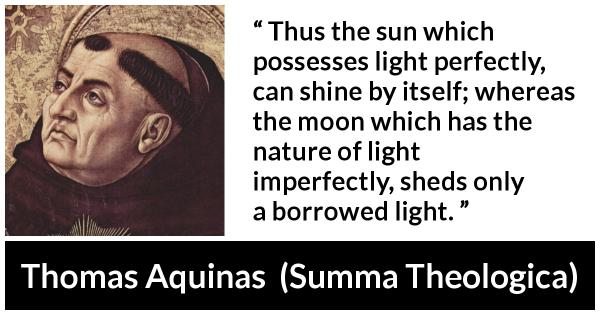 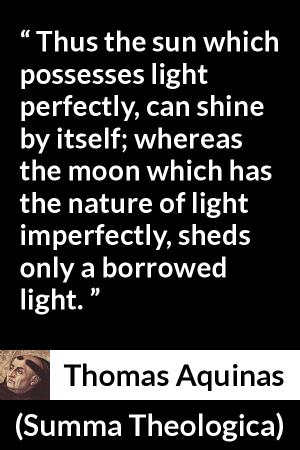 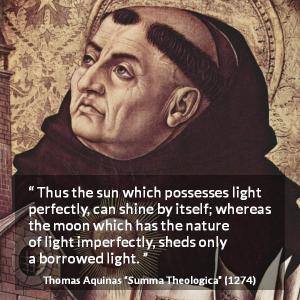 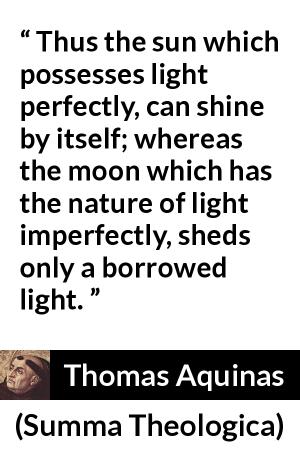