“ Who indeed will set bounds to human ingenuity? Who will assert that everything in the universe capable of being perceived is already discovered and known? ”
Galileo Galilei, Letter to the Grand Duchess Christina of Tuscany (1615). copy citation

“Hence I should think it would be the part of prudence not to permit anyone to usurp scriptural texts and force them in some way to maintain any physical conclusion to be true, when at some future time the senses and demonstrative or necessary reasons may show the contrary. Who indeed will set bounds to human ingenuity? Who will assert that everything in the universe capable of being perceived is already discovered and known? Let us rather confess quite truly that "Those truths which we know are very few in comparison with those which we do not know."
We have it from the very mouth of the Holy Ghost that God delivered up the world to disputations, so that man cannot find out the work that God hath done from the beginning even to the end.1 In my opinion no one, in contradiction to that dictum, should close the road to free philosophizing about mundane and physical things, as if everything had already been discovered and revealed with certainty.” source

“Is there any knowledge in the world which is so certain that no reasonable man could doubt it?” Bertrand Russell, The Problems of Philosophy

“Science may set limits to knowledge, but should not set limits to imagination.” Bertrand Russell, A History of Western Philosophy

“Whose work is it but your own to open your eyes? But indeed the business of the universe is to make such a fool of you that you will know yourself for one, and so begin to be wise!” George MacDonald, Lilith 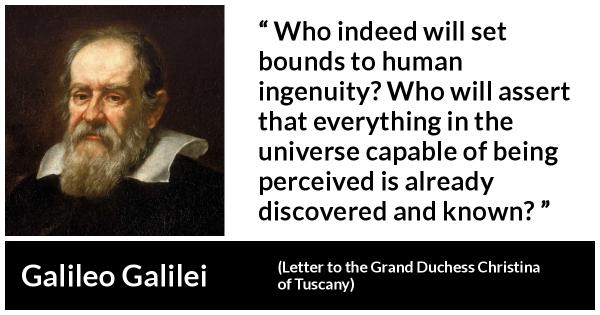 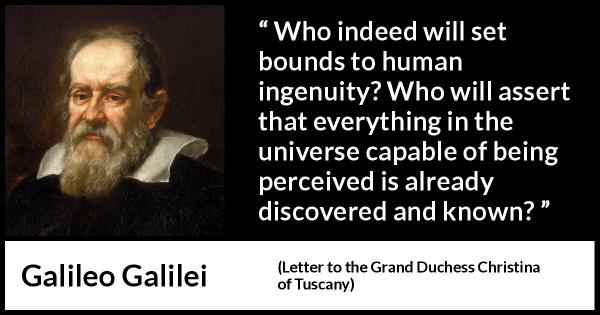 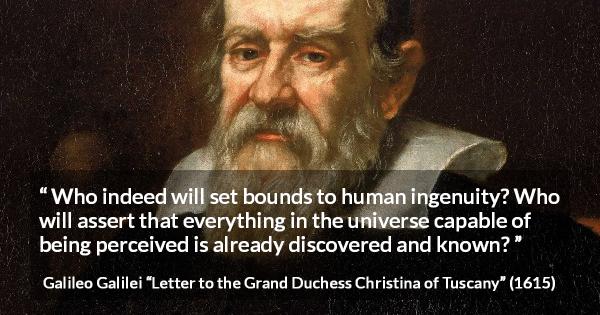 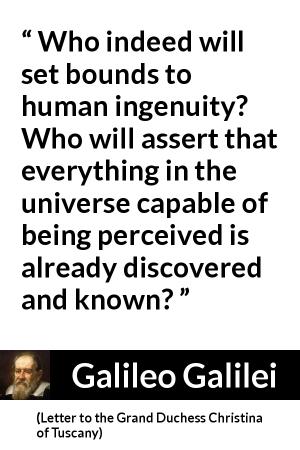 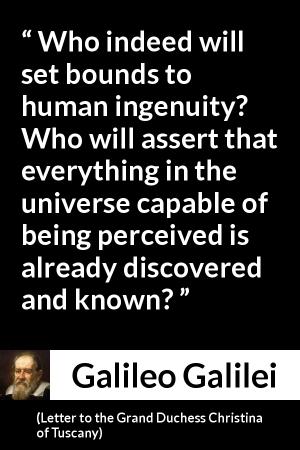 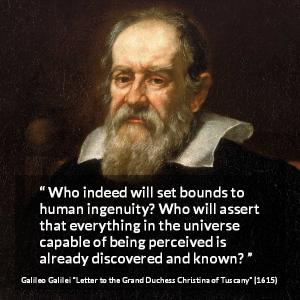