“ The highest flights of charity, devotion, trust, patience, bravery to which the wings of human nature have spread themselves have been flown for religious ideals. ”
William James, The Varieties of Religious Experience (1902). copy citation

“They have always been esteemed so; here if anywhere is the genuinely strenuous life; and to call to mind a succession of such examples as I have lately had to wander through, though it has been only in the reading of them, is to feel encouraged and uplifted and washed in better moral air.
The highest flights of charity, devotion, trust, patience, bravery to which the wings of human nature have spread [pg 260] themselves have been flown for religious ideals. I can do no better than quote, as to this, some remarks which Sainte-Beuve in his History of Port-Royal makes on the results of conversion or the state of grace.
«Even from the purely human point of view,» Sainte-Beuve says, «the phenomenon of grace must still appear sufficiently extraordinary, eminent, and rare, both in its nature and in its effects, to deserve a closer study.” source 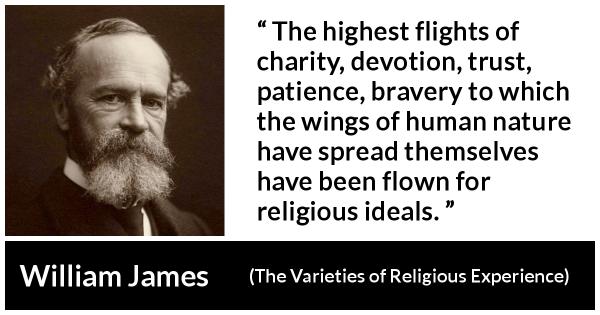 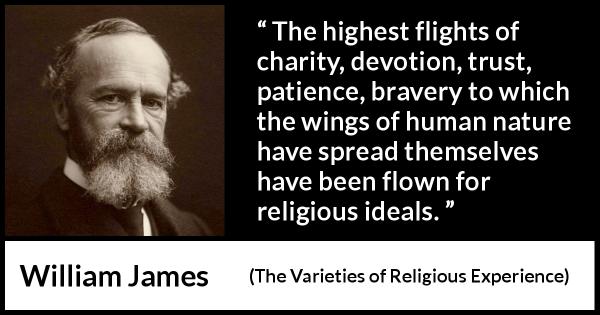 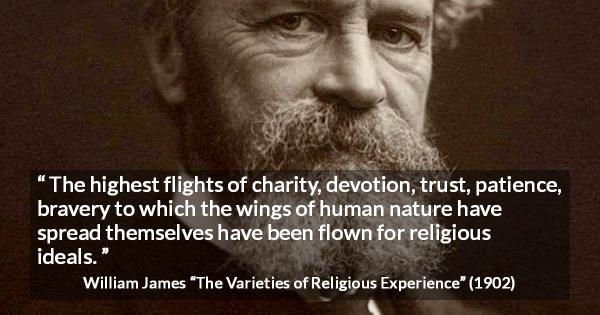 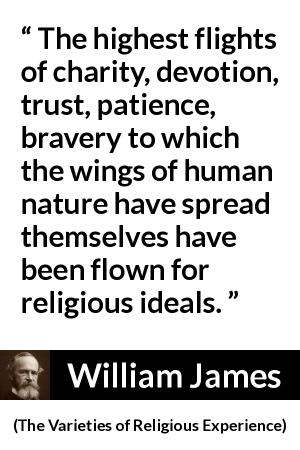 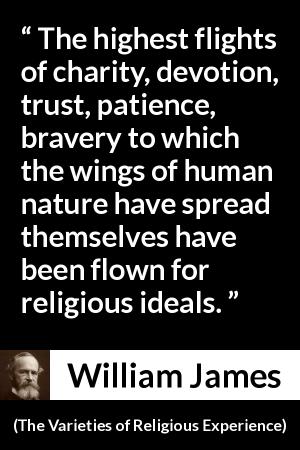 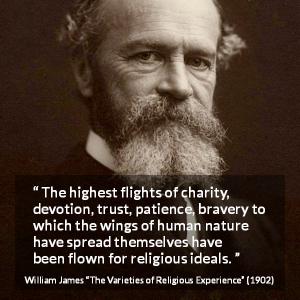