“ The geocentric system of astronomy, with its eccentrics and its epicycles, was an hypothesis utterly at variance with fact, which nevertheless did great things for the advancement of astronomical knowledge. ”
Thomas Henry Huxley, The Advance of Science in the Last Half-Century (1887). copy citation

“But anyone who is practically acquainted with scientific work is aware that those who refuse to go beyond fact, rarely get as far as fact; and anyone who has studied the history of science knows that almost every great step therein has been made by the 'anticipation of Nature,' that is, by the invention of hypotheses, which, though verifiable, often had very little foundation to start with; and, not unfrequently, in spite of a long career of usefulness, turned out to be wholly erroneous in the long run.
Fruitful use of an hypothesis even when wrong.
The geocentric system of astronomy, with its eccentrics and its epicycles, was an hypothesis utterly at variance with fact, which nevertheless did great things for the advancement of astronomical knowledge. Kepler was the wildest of guessers. Newton's corpuscular theory of light was of much temporary use in optics, though nobody now believes in it; and the undulatory theory, which has superseded the corpuscular theory and has proved one of the most fertile of instruments of research, is based on the hypothesis of the existence of an 'ether,' the properties of which are defined in propositions, some of which, to ordinary apprehension, seem physical antinomies.” source

“Whether for this, or for some better reason, the founders of the schools of the Middle Ages included astronomy, along with geometry, arithmetic, and music, as one of the four branches of advanced education; and, in this respect, it is only just...” Thomas Henry Huxley, The Advance of Science in the Last Half-Century

“For every one, as I think, must see that astronomy compels the soul to look upwards and leads us from this world to another.” Plato, The Republic

“There is no study better fitted than that of geology to impress upon men of general culture that conviction of the unbroken sequence of the order of natural phenomena, throughout the duration of the universe, which is the great, and perhaps the...” Thomas Henry Huxley, The Advance of Science in the Last Half-Century

“The great steps in its progress have been made, are made, and will be made, by men who seek knowledge simply because they crave for it.” Thomas Henry Huxley, The Advance of Science in the Last Half-Century 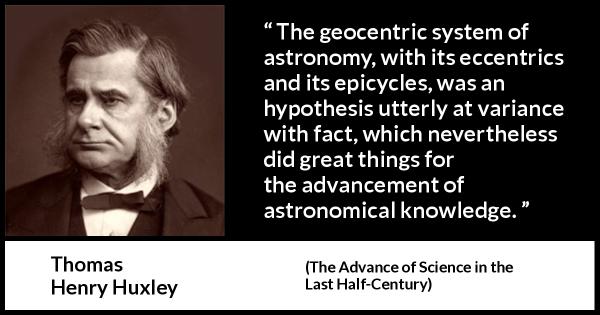 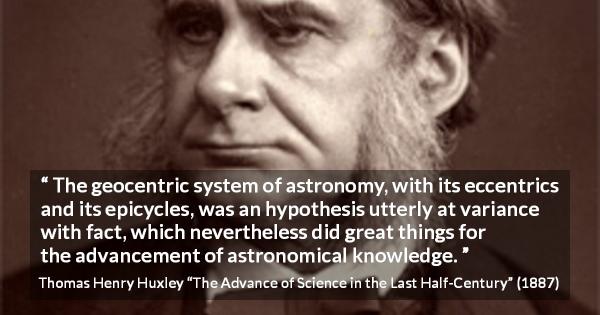 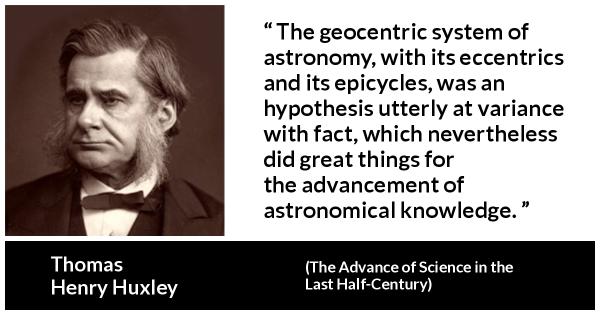 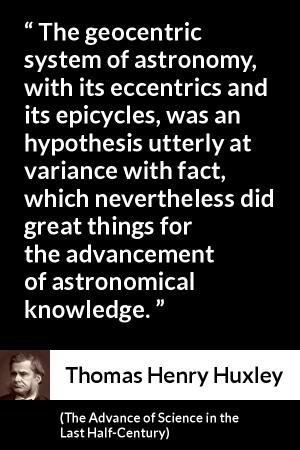 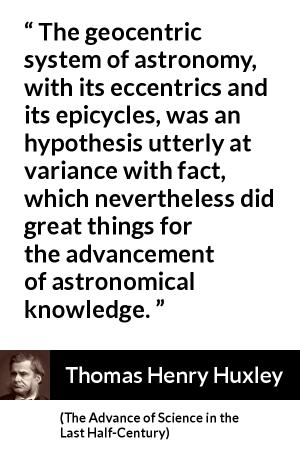