“ And Beasts that have Deliberation must necessarily also have Will. ”
Thomas Hobbes, Leviathan (1651). copy citation

“Every Deliberation is then sayd to End when that whereof they Deliberate, is either done, or thought impossible; because till then wee retain the liberty of doing, or omitting, according to our Appetite, or Aversion.
The Will In Deliberation, the last Appetite, or Aversion, immediately adhaering to the action, or to the omission thereof, is that wee call the WILL; the Act, (not the faculty,) of Willing. And Beasts that have Deliberation must necessarily also have Will. The Definition of the Will, given commonly by the Schooles, that it is a Rationall Appetite, is not good. For if it were, then could there be no Voluntary Act against Reason. For a Voluntary Act is that, which proceedeth from the Will, and no other.” source

“Will and understanding are one and the same.” Baruch Spinoza, Ethics 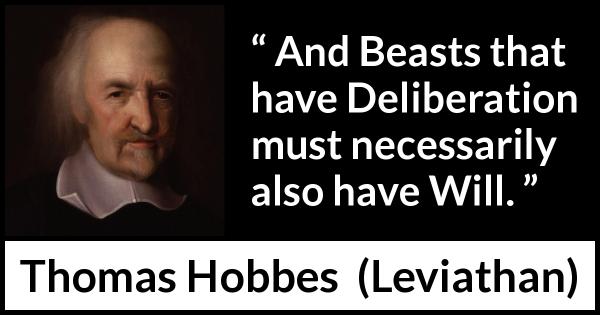 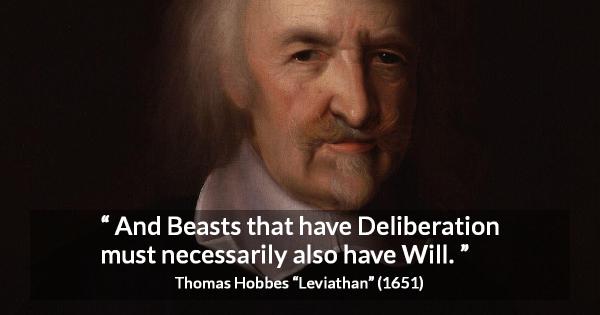 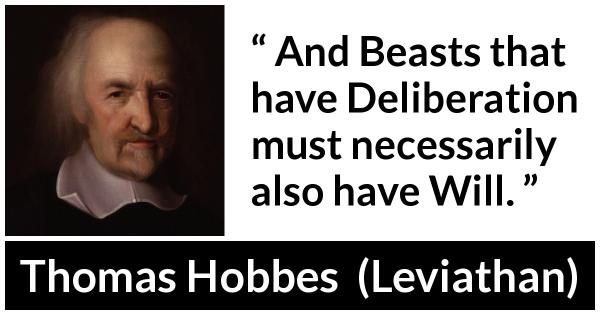 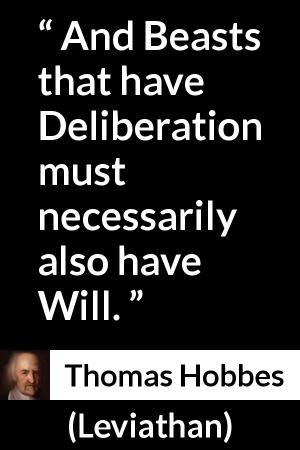 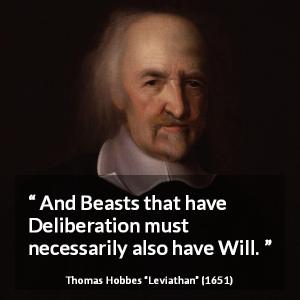 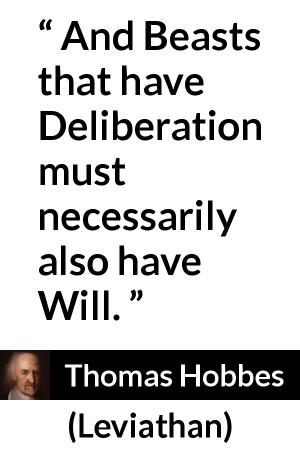