“ It will involve the organization and mobilization of all the material resources of the country to supply the materials of war and serve the incidental needs of the nation in the most abundant and yet the most economical and efficient way possible. ”
Woodrow Wilson, We Must Accept War (2 April 1917). copy citation

“It will involve the utmost practicable co-operation in counsel and action with the Governments now at war with Germany, and as incident to that the extension to those Governments of the most liberal financial credits in order that our resources may so far as possible be added to theirs.
It will involve the organization and mobilization of all the material resources of the country to supply the materials of war and serve the incidental needs of the nation in the most abundant and yet the most economical and efficient way possible.
It will involve the immediate full equipment of the navy in all respects, but particularly in supplying it with the best means of dealing with the enemy's submarines.
It will involve the immediate addition to the armed forces of the United States already provided for by law in case of war at least 500,000 men, who should, in my opinion, be chosen upon the principle of universal liability to service, and also the authorization of subsequent additional increments of equal force so soon as they may be needed and can be handled in training.” source

“All those who seek to destroy the liberties of a democratic nation ought to know that war is the surest and the shortest means to accomplish it.” Alexis de Tocqueville, Democracy in America

“No protracted war can fail to endanger the freedom of a democratic country.” Alexis de Tocqueville, Democracy in America

“It is not by augmenting the capital of the country, but by rendering a greater part of that capital active and productive than would otherwise be so, that the most judicious operations of banking can increase the industry of the country.” Adam Smith, The Wealth of Nations 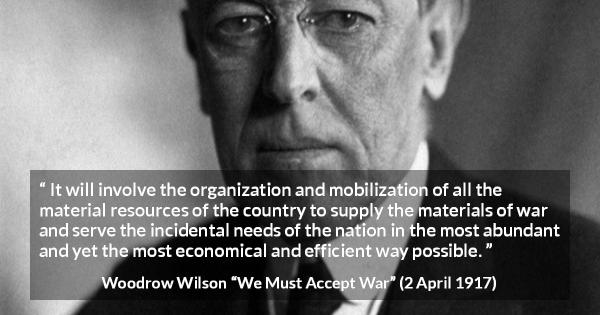 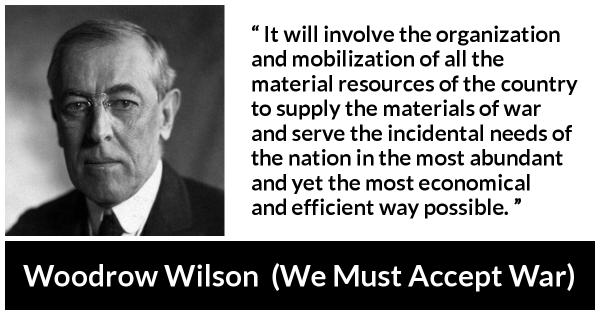 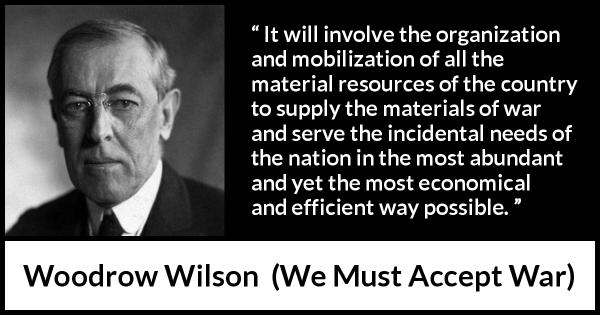 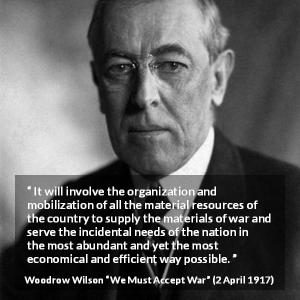 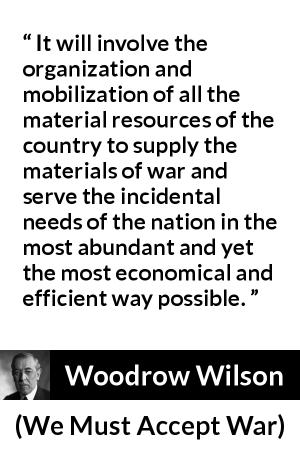 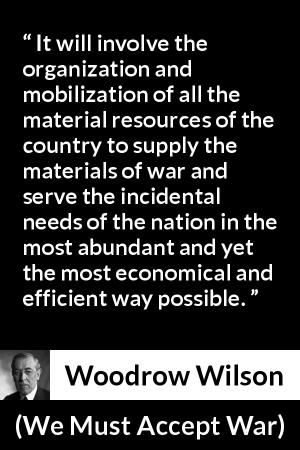