“ The most notable distinction between living and inanimate things is that the former maintain themselves by renewal. ”
John Dewey, Democracy and Education (1916). copy citation

“Such social divisions as interfere with free and full
Chapter Twenty-six: Theories of Morals Summary. The most important problem of moral education in the school
Chapter One: Education as a Necessity of Life 1. Renewal of Life by Transmission. The most notable distinction between living and inanimate things is that the former maintain themselves by renewal. A stone when struck resists. If its resistance is greater than the force of the blow struck, it remains outwardly unchanged. Otherwise, it is shattered into smaller bits. Never does the stone attempt to react in such a way that it may maintain itself against the blow, much less so as to render the blow a contributing factor to its own continued action.” source

“Good and ill have not changed since yesteryear; nor are they one thing among Elves and Dwarves and another among Men. It is a man’s part to discern them, as much in the Golden Wood as in his own house.” J. R. R. Tolkien, The Two Towers 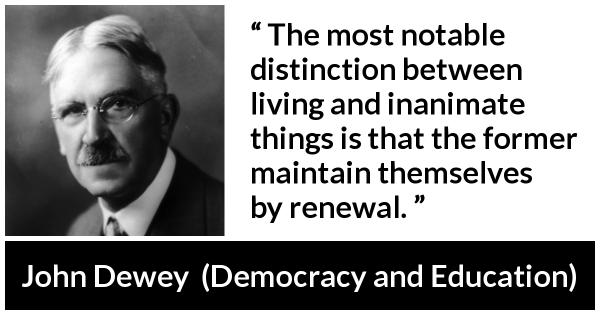 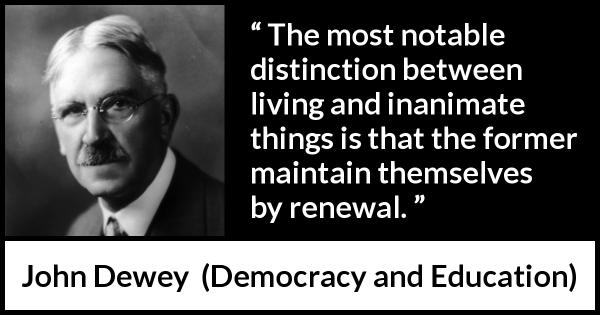 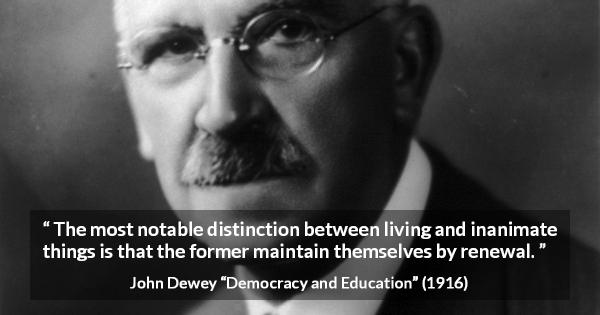 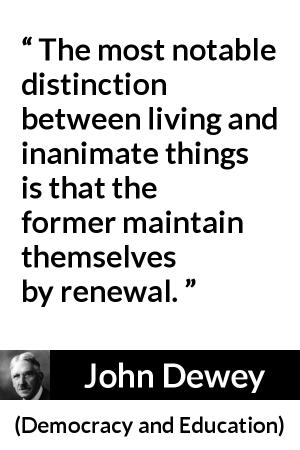 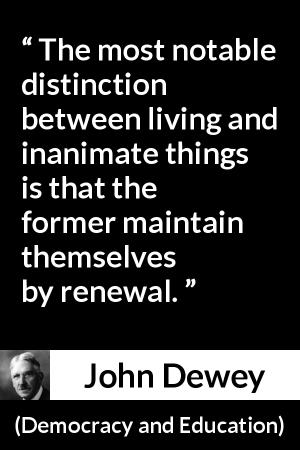 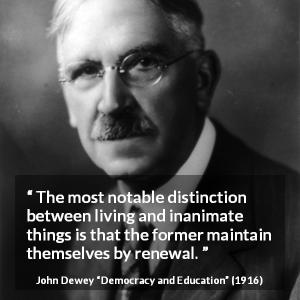