“But water was preferable to fire, and still the stampede from the windows continued, and still the pitiless drenching assailed it until the building was empty; then the fire-boys mounted to the hall and flooded it with water enough to annihilate forty times as much fire as there was there; for a village fire-company does not often get a chance to show off, and so when it does get a chance it makes the most of it. Such citizens of that village as were of a thoughtful and judicious temperament did not insure against fire; they insured against the fire-company.
155 CHAPTER XII. The Shame of Judge Driscoll. Courage is resistance to fear, mastery of fear—not absence of fear. Except a creature be part coward it is not a compliment to say it is brave; it is merely a loose misapplication of the word. Consider the flea!—incomparably the bravest of all the creatures of God, if ignorance of fear were courage.” source

“We can't be brave without fear.” Muhammad Ali, The Soul of a Butterfly

“Only fear can defeat life.” Yann Martel, Life of Pi

“But becoming fearless isn't the point. that's impossible. It's learning how to control your fear, and how to be free from it, that's the point.” Veronica Roth, Divergent

“So first of all let me assert my firm belief that the only thing we have to fear is fear itself—nameless, unreasoning, unjustified terror which paralyses needed efforts to convert retreat into advance.” Franklin D. Roosevelt, Looking Forward

“There is a stubbornness about me that never can bear to be frightened at the will of others. My courage always rises at every attempt to intimidate me.” Jane Austen, Pride and Prejudice

“I shall really be very unhappy unless you give me the sort of courage that makes one forget he is afraid.” L. Frank Baum, The Wonderful Wizard of Oz 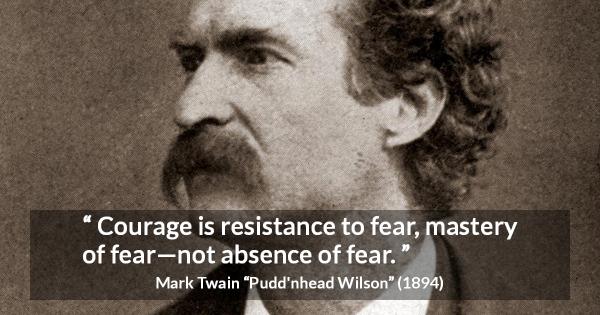 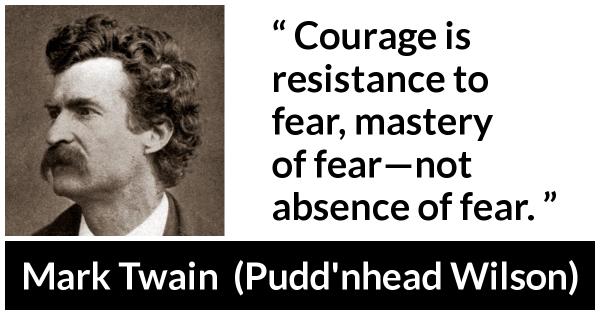 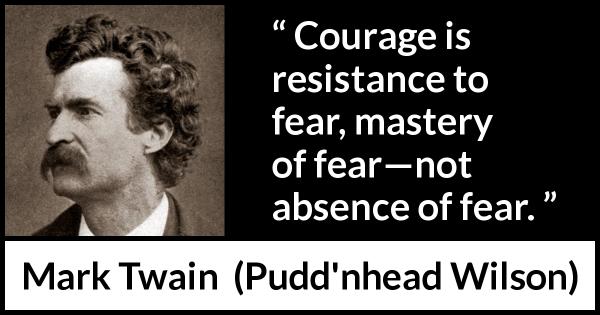 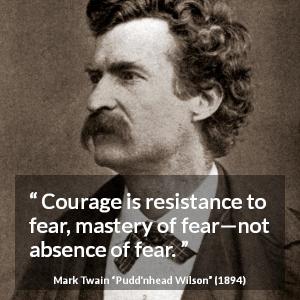 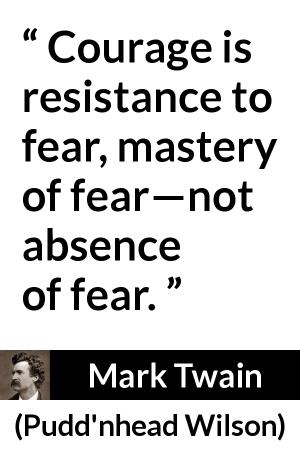 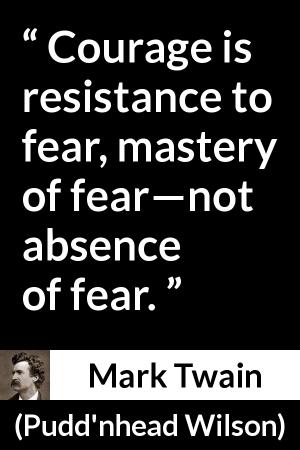