“
121 CHAPTER X. The Nymph Revealed. All say, «How hard it is that we have to die»—a strange complaint to come from the mouths of people who have had to live.—Pudd'nhead Wilson's Calendar.
When angry, count four; when very angry, swear.—Pudd'nhead Wilson's Calendar.
Every now and then, after Tom went to bed, he had sudden wakings out of his sleep, and his first thought was, «Oh, joy, it was all a dream!» Then he laid himself heavily down again, with a groan and the muttered words, «A nigger!” source

“I understand a fury in your words, but not the words.” William Shakespeare, Othello

“Now, don't be angry after you've been afraid.” Rudyard Kipling, The Jungle Book

“For some reason, my temper was hardwired to my tear ducts. I usually cried when I was angry, a humiliating tendency.” Stephenie Meyer, Twilight 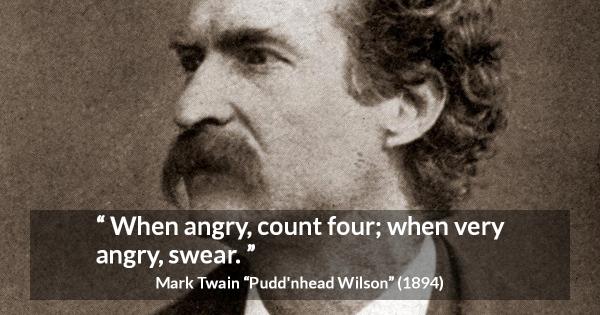 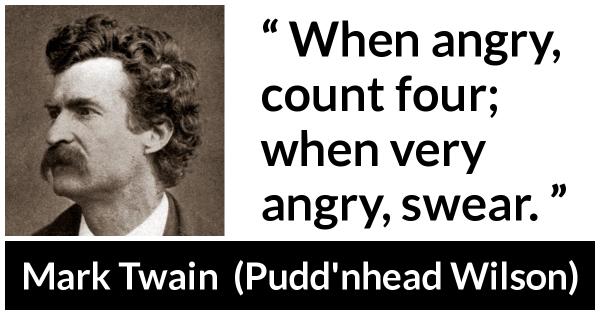 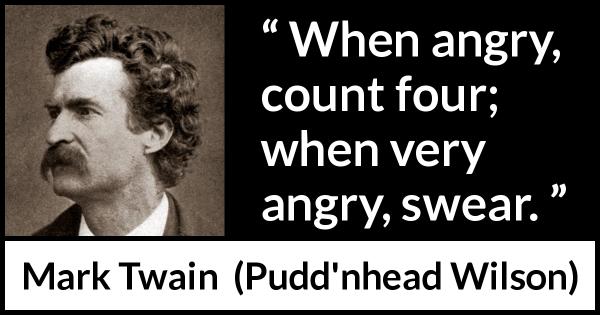 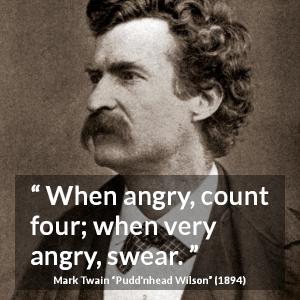 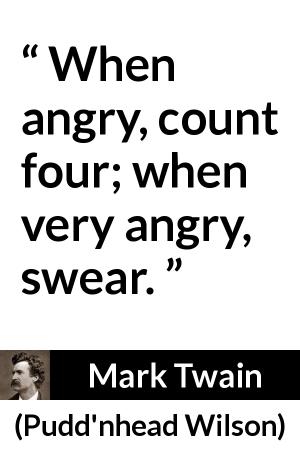