“ The glance has been so much abused in love romances that it has finally fallen into disrepute. One hardly dares to say, nowadays, that two beings fell in love because they looked at each other. That is the way people do fall in love, nevertheless, and the only way. ”
Victor Hugo, Les Misérables (1862). copy citation

“Destiny, with its mysterious and fatal patience, slowly drew together these two beings, all charged and all languishing with the stormy electricity of passion, these two souls which were laden with love as two clouds are laden with lightning, and which were bound to overflow and mingle in a look like the clouds in a flash of fire.
The glance has been so much abused in love romances that it has finally fallen into disrepute. One hardly dares to say, nowadays, that two beings fell in love because they looked at each other. That is the way people do fall in love, nevertheless, and the only way. The rest is nothing, but the rest comes afterwards. Nothing is more real than these great shocks which two souls convey to each other by the exchange of that spark.
At that particular hour when Cosette unconsciously darted that glance which troubled Marius, Marius had no suspicion that he had also launched a look which disturbed Cosette.” source
Original quote
“On a tant abusé du regard dans les romans d'amour qu'on a fini par le déconsidérer. C'est à peine si l'on ose dire maintenant que deux êtres se sont aimés parce qu'ils se sont regardés. C'est pourtant comme cela qu'on s'aime et uniquement...” Victor Hugo, Les Misérables

“People fall in love without reason, without even wanting to. You can't predict it. That's love.” Haruki Murakami, Dance Dance Dance

“They were like two enemies in love with one another.” Fyodor Dostoyevsky, The Brothers Karamazov

“Almost all the time, you tell yourself you're loving somebody when you're just using them. This only looks like love.” Chuck Palahniuk, Invisible Monsters

“And when one of them meets with his other half, the actual half of himself, whether he be a lover of youth or a lover of another sort, the pair are lost in an amazement of love and friendship and intimacy, and one will not be out of the other's...” Plato, Symposium

“nothing is so strange when one is in love . . . as the complete indifference of other people.” Virginia Woolf, Mrs Dalloway 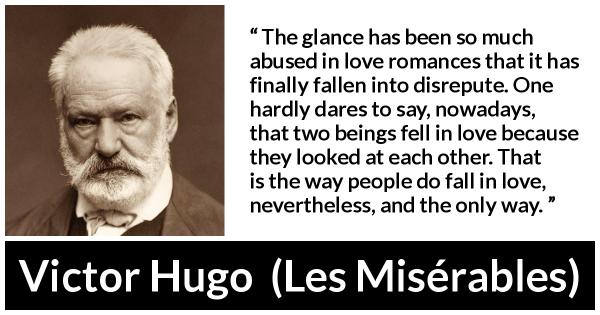 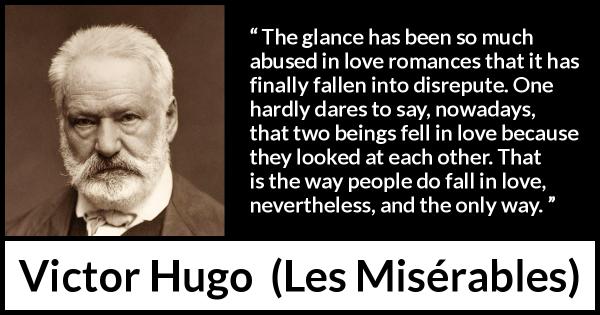 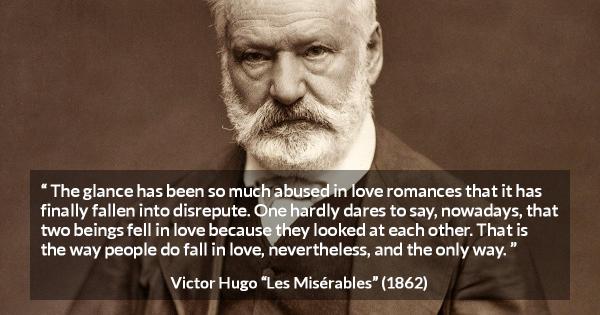 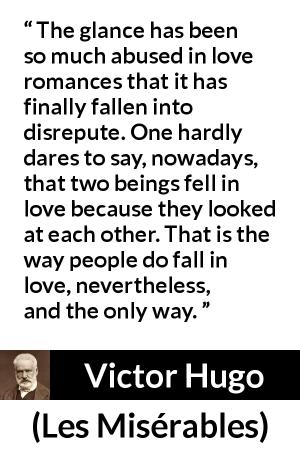 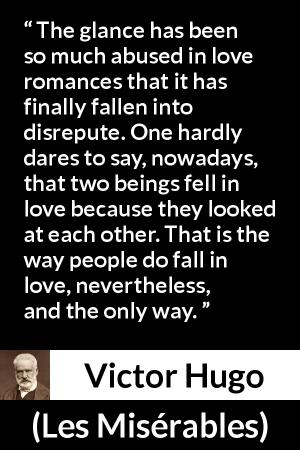 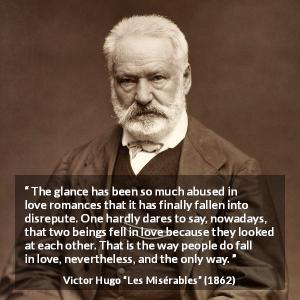