“ When one is in love, one always begins by deceiving one's self, and one always ends by deceiving others. That is what the world calls a romance. ”
Oscar Wilde, The Picture of Dorian Gray (1890). copy citation

“
"It is only the sacred things that are worth touching, Dorian," said Lord Henry, with a strange touch of pathos in his voice. "But why should you be annoyed? I suppose she will belong to you some day. When one is in love, one always begins by deceiving one's self, and one always ends by deceiving others. That is what the world calls a romance. You know her, at any rate, I suppose?"
"Of course I know her. On the first night I was at the theatre, the horrid old Jew came round to the box after the performance was over and offered to take me behind the scenes and introduce me to her.” source

Kwize Master During a conversation with Lord Henry, Dorian tells him that he has fallen in love with an actress named Sibyl Vane. Lord Henry then asks him about his relationship with her, and Dorian answers that for him she is "sacred". Lord Henry will then affirm this sentence about these deceptions that we call romance. If at first you deceive yourself by putting the one you love on a pedestal, you end up deceiving others when you are no longer under the influence of this illusion.
useful useful x useless useless x
write a note
report

“I'm not sentimental—I'm as romantic as you are. The idea, you know, is that the sentimental person thinks things will last—the romantic person has a desperate confidence that they won't.” F. Scott Fitzgerald, This Side of Paradise

“Almost all the time, you tell yourself you're loving somebody when you're just using them. This only looks like love.” Chuck Palahniuk, Invisible Monsters

“The very essence of romance is uncertainty.” Oscar Wilde, The Importance of Being Earnest

“Was it the infinite sadness of her eyes that drew him or the mirror of himself that he found in the gorgeous clarity of her mind?” F. Scott Fitzgerald, This Side of Paradise

“Thou and I are too wise to woo peaceably.” William Shakespeare, Much Ado About Nothing

“It's better worth being late for a chance of winning you than being in time for any other girl in the world.” Bram Stoker, Dracula

“The glance has been so much abused in love romances that it has finally fallen into disrepute. One hardly dares to say, nowadays, that two beings fell in love because they looked at each other. That is the way people do fall in love,...” Victor Hugo, Les Misérables 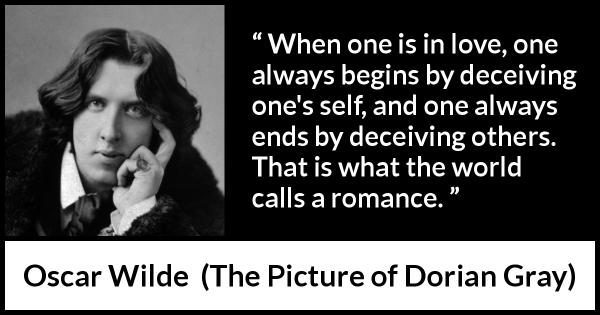 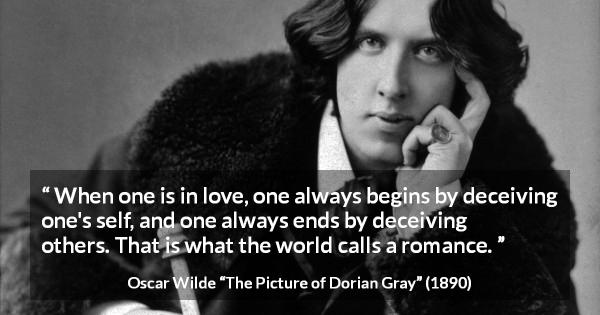 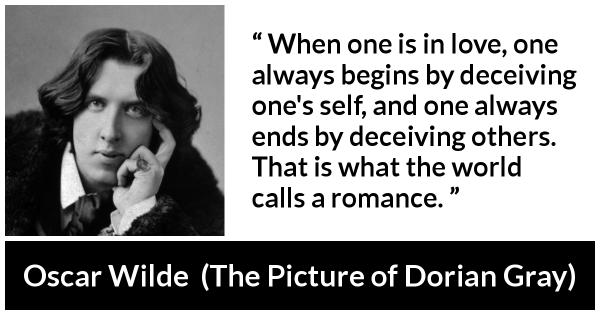 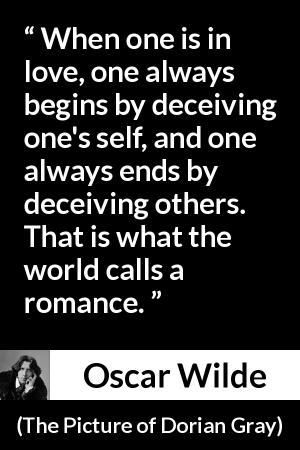 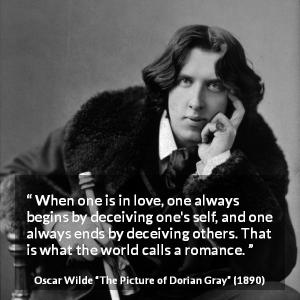 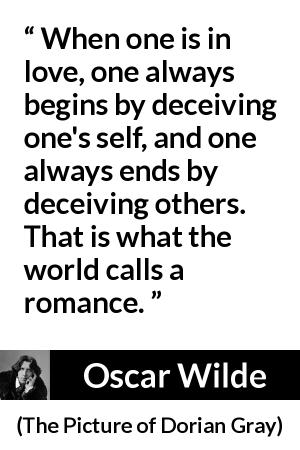