“ So we drove on toward death through the cooling twilight. ”
F. Scott Fitzgerald, The Great Gatsby (1925). copy citation

“But there was Jordan beside me, who, unlike Daisy, was too wise ever to carry well-forgotten dreams from age to age. As we passed over the dark bridge her wan face fell lazily against my coat's shoulder and the formidable stroke of thirty died away with the reassuring pressure of her hand.
So we drove on toward death through the cooling twilight.
* * * * * The young Greek, Michaelis, who ran the coffee joint beside the ashheaps was the principal witness at the inquest. He had slept through the heat until after five, when he strolled over to the garage, and found George Wilson sick in his office — really sick, pale as his own pale hair and shaking all over.” source

“In the sunset of dissolution, everything is illuminated by the aura of nostalgia, even the guillotine.” Milan Kundera, The Unbearable Lightness of Being 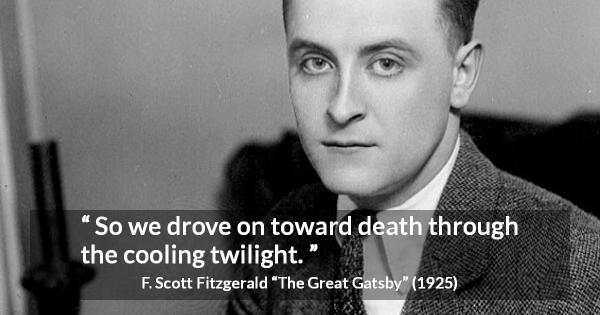 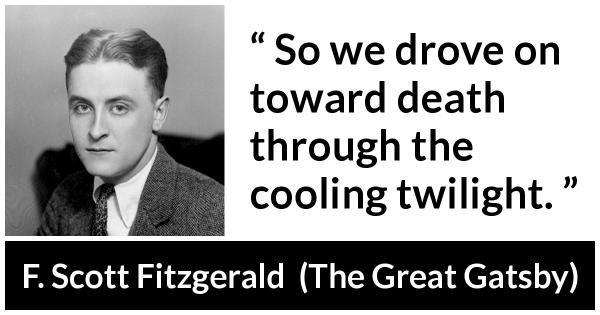 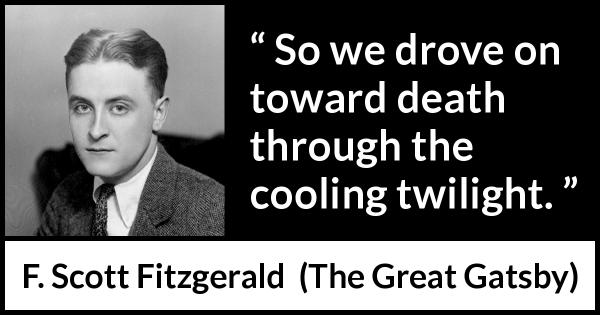 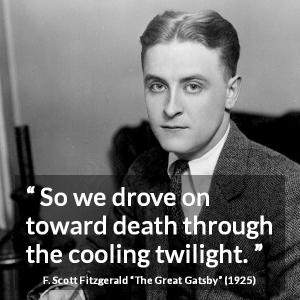 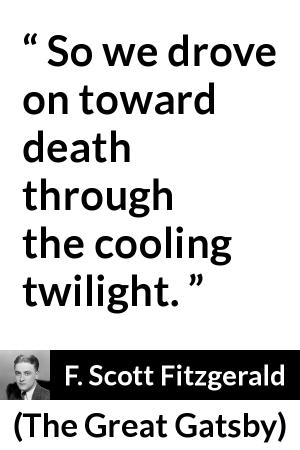 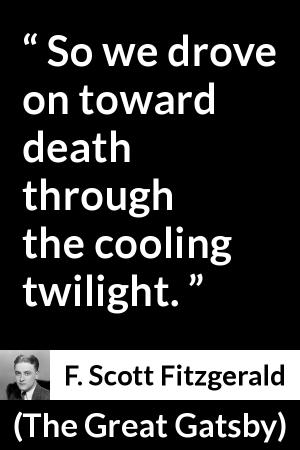