“ I would rather sit on a pumpkin and have it all to myself than be crowded on a velvet cushion. ”
Henry David Thoreau, Walden (1854). copy citation

“I think that in the railroad car we are inclined to spend more on luxury than on safety and convenience, and it threatens without attaining these to become no better than a modern drawing room, with its divans, and ottomans, and sun-shades, and a hundred other oriental things, which we are taking west with us, invented for the ladies of the harem and the effeminate natives of the Celestial Empire, which Jonathan should be ashamed to know the names of. I would rather sit on a pumpkin and have it all to myself than be crowded on a velvet cushion. I would rather ride on earth in an ox cart with a free circulation, than go to heaven in the fancy car of an excursion train and breathe a malaria all the way.
The very simplicity and nakedness of man's life in the primitive ages imply this advantage at least, that they left him still but a sojourner in nature.” source 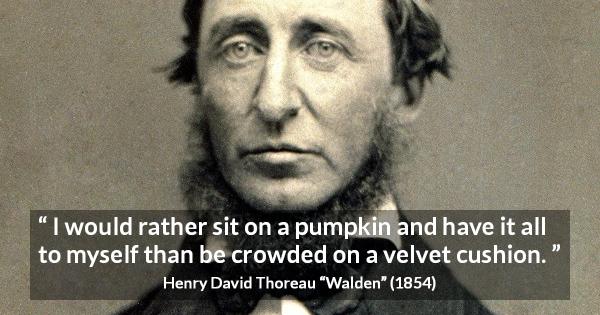 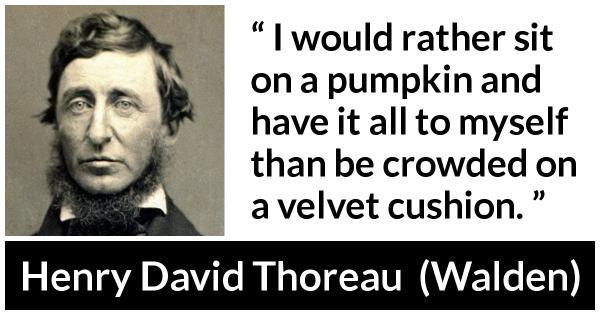 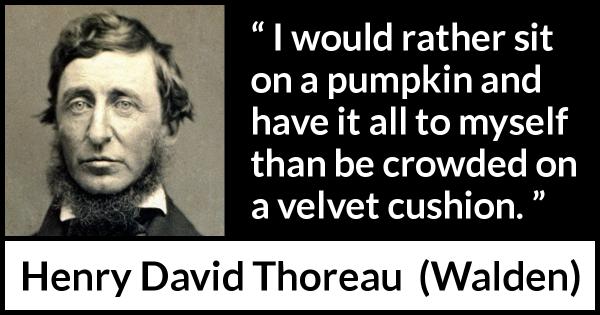 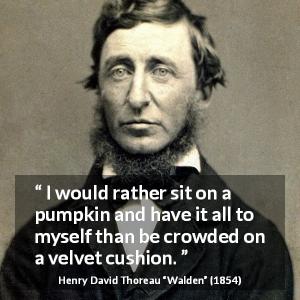 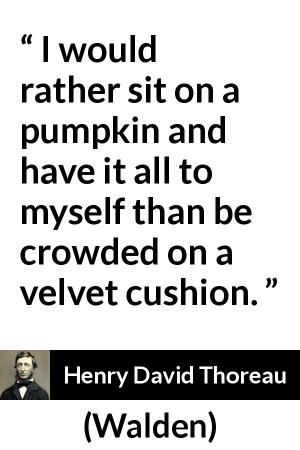 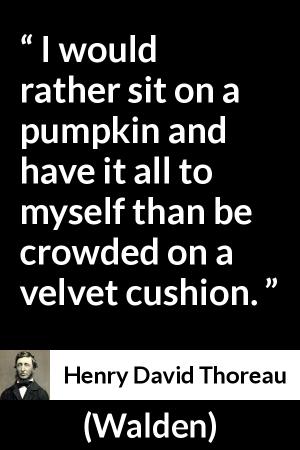