“ As if you could kill time without injuring eternity. ”
Henry David Thoreau, Walden (1854). copy citation

“Self-emancipation even in the West Indian provinces of the fancy and imagination,—what Wilberforce is there to bring that about? Think, also, of the ladies of the land weaving toilet cushions against the last day, not to betray too green an interest in their fates! As if you could kill time without injuring eternity.
The mass of men lead lives of quiet desperation. What is called resignation is confirmed desperation. From the desperate city you go into the desperate country, and have to console yourself with the bravery of minks and muskrats.” source

“I wasted time, and now doth time waste me; for now hath time made me his numbering clock: my thoughts are minutes; and with sighs they jar their watches on unto mine eyes, the outward watch, whereto my finger, like a dial's point, is pointing...” William Shakespeare, Richard II

“Time is, time was, but time shall be no more.” James Joyce, A Portrait of the Artist as a Young Man

“Time is a drug. Too much of it kills you.” Terry Pratchett, Small Gods

“Everybody going to be dead one day, just give them time.” Neil Gaiman, Anansi Boys

“Minutes, hours, days, months, and years, pass'd over to the end they were created, would bring white hairs unto a quiet grave. Ah, what a life were this!” William Shakespeare, Henry VI, Part 3

“No one has time any more for anyone else.” Ray Bradbury, Fahrenheit 451 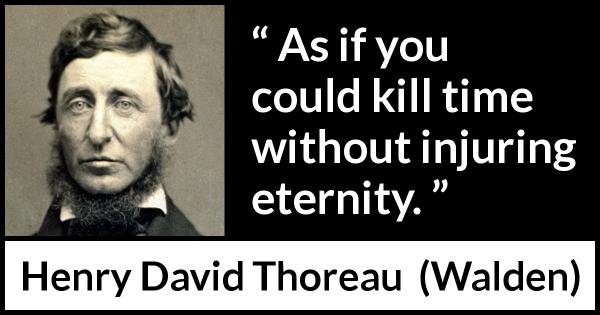 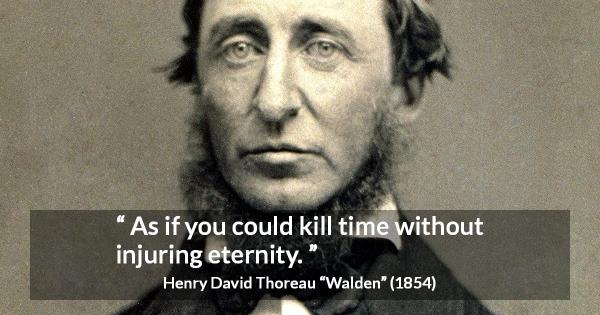 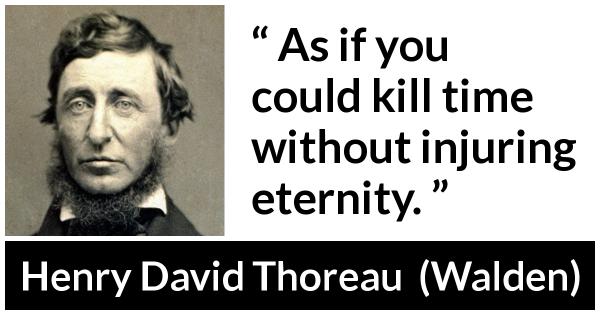 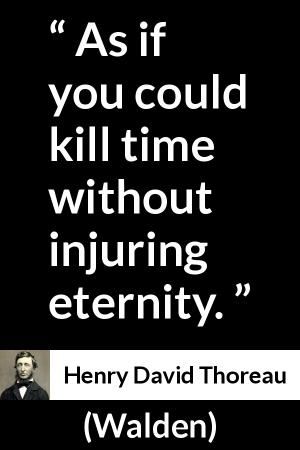 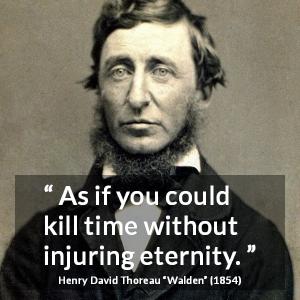 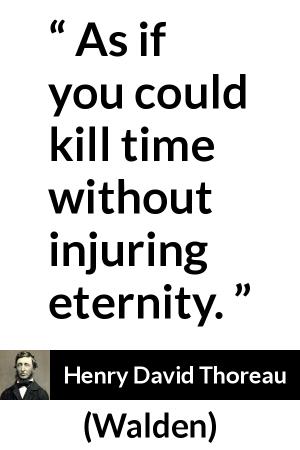