“ We should never forget that everything Adolf Hitler did in Germany was 'legal' and everything the Hungarian freedom fighters did in Hungary was 'illegal.' ”
Martin Luther King, Jr., Letter from a Birmingham Jail (16 April 1963). copy citation

“It was practiced superbly by the early Christians, who were willing to face hungry lions and the excruciating pain of chopping blocks rather than submit to certain unjust laws of the Roman Empire. To a degree, academic freedom is a reality today because Socrates practiced civil disobedience. In our own nation, the Boston Tea Party represented a massive act of civil disobedience.
We should never forget that everything Adolf Hitler did in Germany was "legal" and everything the Hungarian freedom fighters did in Hungary was "illegal." It was "illegal" to aid and comfort a Jew in Hitler's Germany. Even so, I am sure that, had I lived in Germany at the time, I would have aided and comforted my Jewish brothers. If today I lived in a Communist country where certain principles dear to the Christian faith are suppressed, I would openly advocate disobeying that country's antireligious laws.” source

“The people should fight for their law as for their city wall.” Heraclitus, On Nature 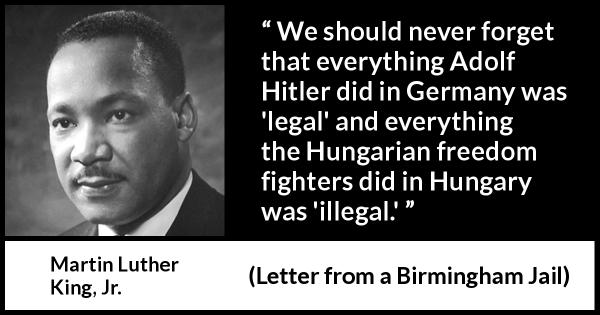 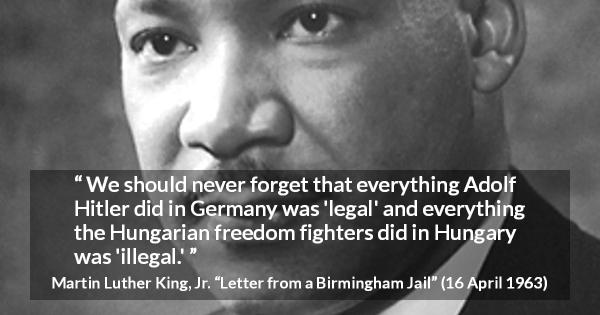 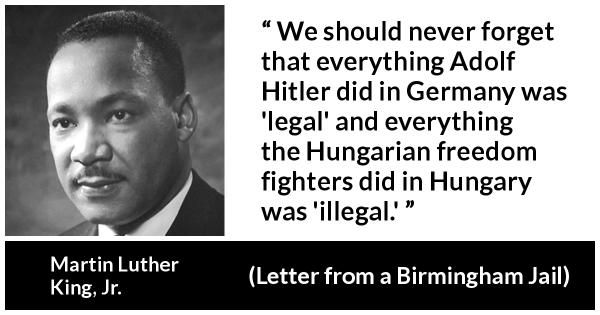 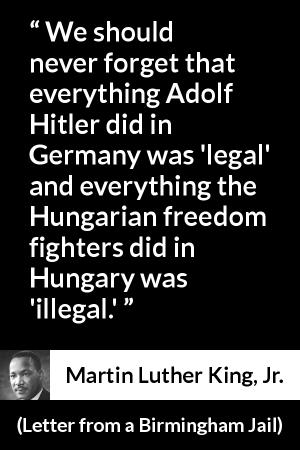 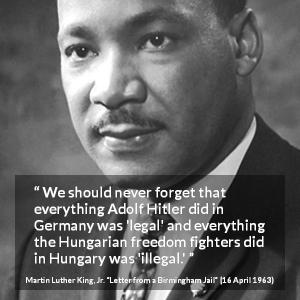 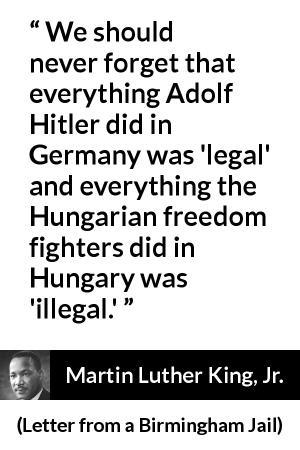