“ There is no confusion like the confusion of a simple mind ”
F. Scott Fitzgerald, The Great Gatsby (1925). copy citation

“Her expression was curiously familiar — it was an expression I had often seen on women's faces, but on Myrtle Wilson's face it seemed purposeless and inexplicable until I realized that her eyes, wide with jealous terror, were fixed not on Tom, but on Jordan Baker, whom she took to be his wife.
* * * * * There is no confusion like the confusion of a simple mind, and as we drove away Tom was feeling the hot whips of panic. His wife and his mistress, until an hour ago secure and inviolate, were slipping precipitately from his control. Instinct made him step on the accelerator with the double purpose of overtaking Daisy and leaving Wilson behind, and we sped along toward Astoria at fifty miles an hour, until, among the spidery girders of the elevated, we came in sight of the easy-going blue coupé.” source

“To a great mind, nothing is little” Arthur Conan Doyle, A Study in Scarlet

“There's no art to find the mind's construction in the face” William Shakespeare, Macbeth

“The mind is a strange machine which can combine the materials offered to it in the most astonishing ways, but without materials from the external world it is powerless” Bertrand Russell, The Conquest of Happiness

“And on and on it went— that duet between the dumb, praying lady and the big, hollow man so full of loving echoes.” Kurt Vonnegut, Slaughterhouse-Five 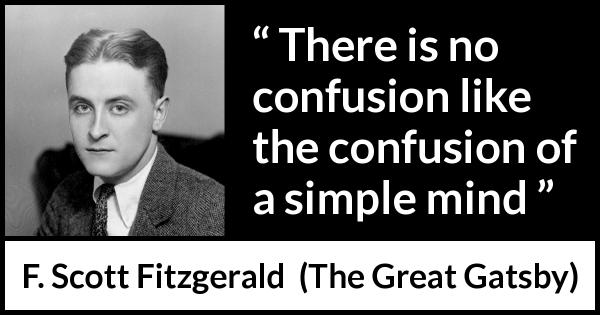 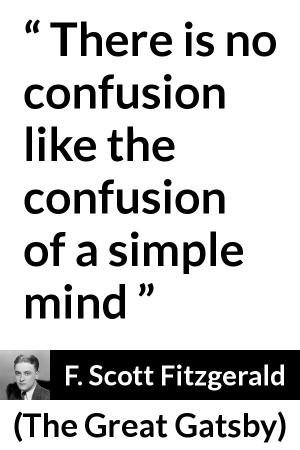