“ New friends . . . can often have a better time together than old friends. ”
F. Scott Fitzgerald, Tender Is the Night (1934). copy citation

“"I was watching you," he said, and she knew he meant it. "We've grown very fond of you."
"I fell in love with you the first time I saw you," she said quietly. He pretended not to have heard, as if the compliment were purely formal.
"New friends," he said, as if it were an important point, "can often have a better time together than old friends."
With that remark, which she did not understand precisely, she found herself at the table, picked out by slowly emerging lights against the dark dusk. A chord of delight struck inside her when she saw that Dick had taken her mother on his right hand; for herself she was between Luis Campion and Brady.” source

“Summer friends will melt away like summer snows, but winter friends are friends forever.” George R. R. Martin, A Dance with Dragons

“Good Friends Are Hard to Find and Impossible to Forget” John Green, The Fault in Our Stars

“I said it would be better if we weren't friends, not that I didn't want to be.” Stephenie Meyer, Twilight

“There is nothing like puking with somebody to make you into old friends.” Sylvia Plath, The Bell Jar 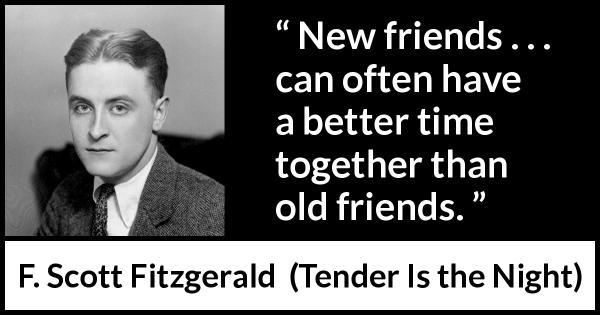 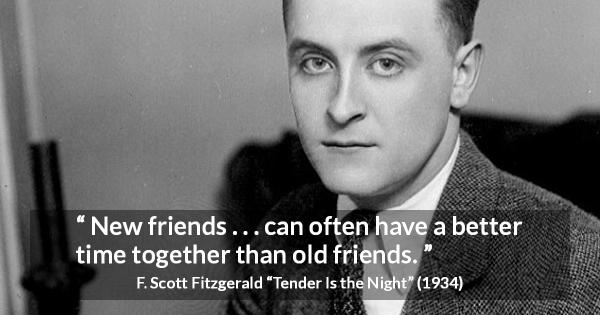 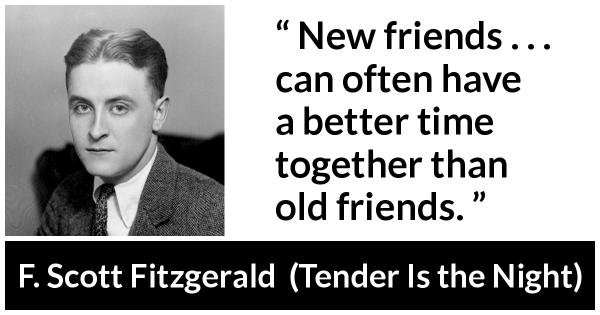 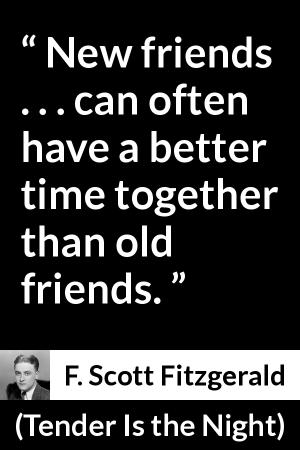 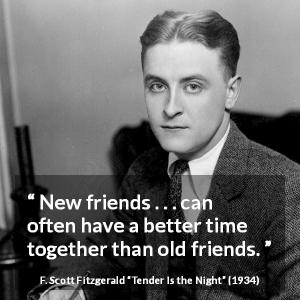 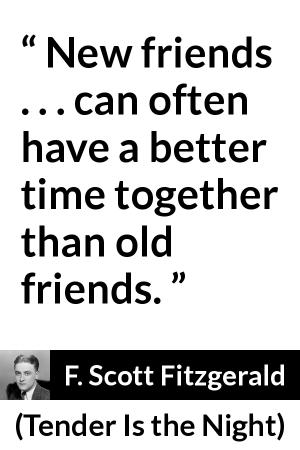