“ I shall go on shining as a brilliantly meaningless figure in a meaningless world. ”
F. Scott Fitzgerald, The Beautiful and Damned (1922). copy citation

“DICK: (As though talking to himself) I think—that when I've done another novel and a play, and maybe a book of short stories, I'll do a musical comedy. MAURY: I know—with intellectual lyrics that no one will listen to. And all the critics will groan and grunt about "Dear old Pinafore." And I shall go on shining as a brilliantly meaningless figure in a meaningless world.
DICK: (Pompously) Art isn't meaningless. MAURY: It is in itself. It isn't in that it tries to make life less so.
ANTHONY: In other words, Dick, you're playing before a grand stand peopled with ghosts.” source

“Life's but a walking shadow; a poor player, that struts and frets his hour upon the stage, and then is heard no more: it is a tale told by an idiot, full of sound and fury, signifying nothing.” William Shakespeare, Macbeth

“I am not pretty. I am not beautiful. I am as radiant as the sun.” Suzanne Collins, The Hunger Games

“I don't wish to be the symbol of anything. I'm only myself.” Ayn Rand, The Fountainhead 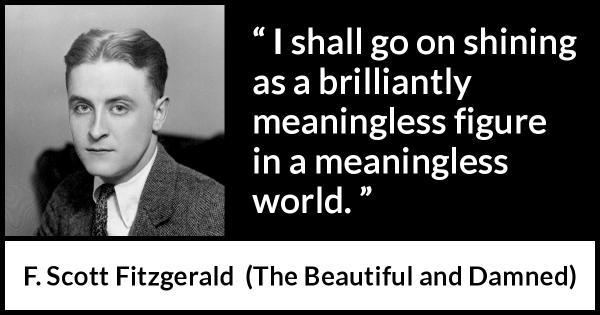 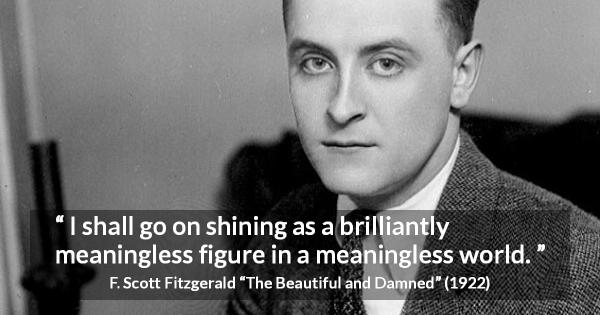 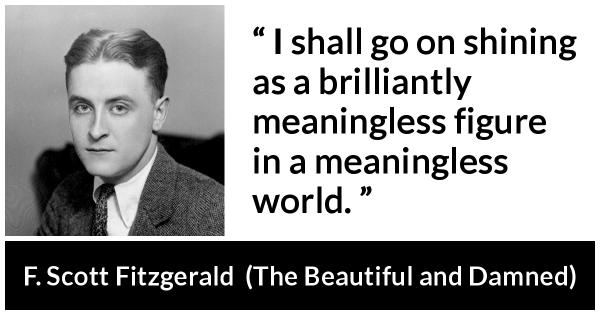 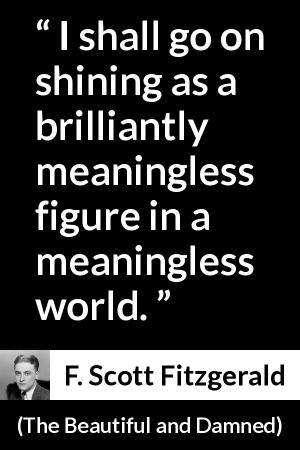 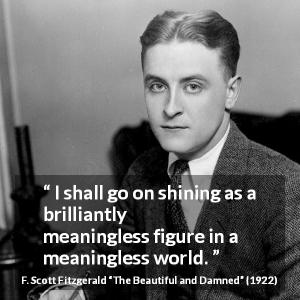 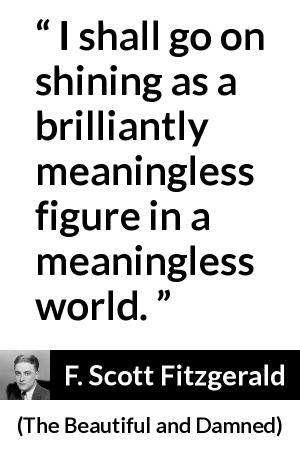