“ it is good to be children sometimes, and never better than at Christmas, when its mighty Founder was a child himself. ”
Charles Dickens, A Christmas Carol (1843). copy citation

“When this strain of music sounded, all the things that Ghost had shown him, came upon his mind; he softened more and more; and thought that if he could have listened to it often, years ago, he might have cultivated the kindnesses of life for his own happiness with his own hands, without resorting to the sexton's spade that buried Jacob Marley.
But they didn't devote the whole evening to music. After a while they played at forfeits; for it is good to be children sometimes, and never better than at Christmas, when its mighty Founder was a child himself. Stop! There was first a game at blind-man's buff. Of course there was. And I no more believe Topper was really blind than I believe he had eyes in his boots. My opinion is, that it was a done thing between him and Scrooge's nephew; and that the Ghost of Christmas Present knew it.” source

“I really felt ashamed to take advantage of the ingenuousness or grateful feeling of the child for the purpose of gratifying my curiosity. I love these little people; and it is not a slight thing when they, who are so fresh from God, love us.” Charles Dickens, The Old Curiosity Shop

“As far as rearing children goes, the basic idea I try to keep in mind is that a child is a person. Just because they happen to be a little shorter than you doesn't mean they are dumber than you.” Frank Zappa, The Real Frank Zappa Book

“Mother is the name for God in the lips and hearts of little children; and here was one who was worshipping a stone!” William Makepeace Thackeray, Vanity Fair

“When you’re a child you’re the center of everything. Everything happens for you.” John Steinbeck, East of Eden

“All the little ones of our time are collectively the children of us adults of the time, and entitled to our general care.” Thomas Hardy, Jude the Obscure

“Chance, my dear, is the sovereign deity in child-bearing.” Honoré de Balzac, Letters of Two Brides

“If I could work my will . . . every idiot who goes about with 'Merry Christmas' on his lips, should be boiled with his own pudding, and buried with a stake of holly through his heart.” Charles Dickens, A Christmas Carol

“he hoped the people saw him in the church, because he was a cripple, and it might be pleasant to them to remember upon Christmas Day, who made lame beggars walk, and blind men see.” Charles Dickens, A Christmas Carol 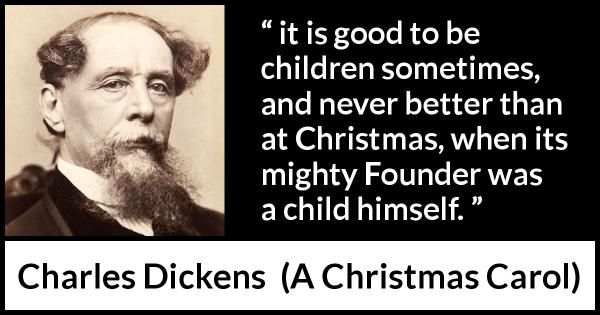 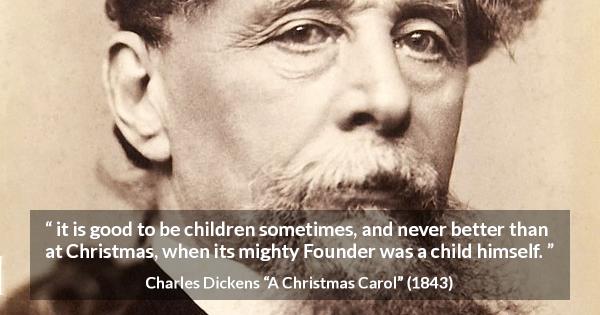 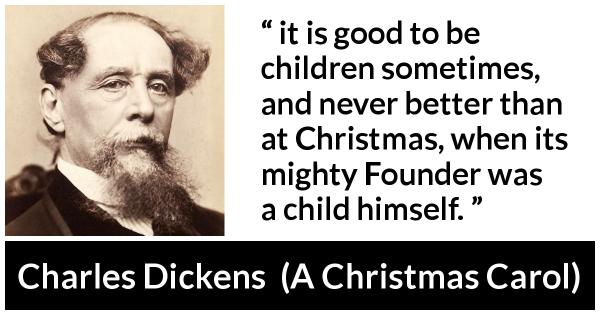 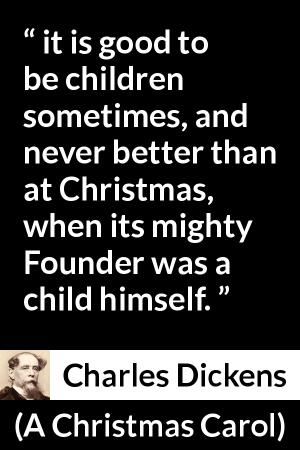 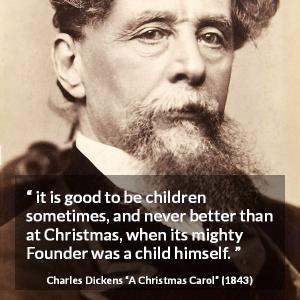 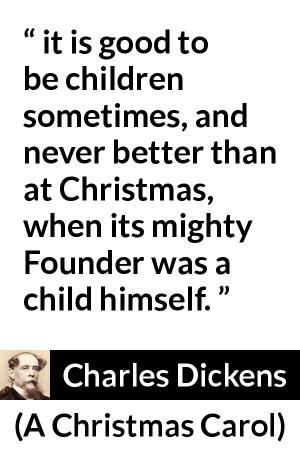