“ Now he had recognized himself as a dead man it became important to stay alive as long as possible. ”
George Orwell, 1984 (1949). copy citation

“It seemed to him that it was only now, when he had begun to be able to formulate his thoughts, that he had taken the decisive step. The consequences of every act are included in the act itself. He wrote:
Thoughtcrime does not entail death: thoughtcrime IS death.
Now he had recognized himself as a dead man it became important to stay alive as long aspossible. Two fingers of his right hand were inkstained. It was exactly the kind of detail that might betray you. Some nosing zealot in the Ministry (a woman, probably: someone like the little sandy-haired woman or the dark-haired girl from the Fiction Department) might start wondering why he had been writing during the lunch interval, why he had used an old-fashioned pen, what he had been writing —and then drop a hint in the appropriate quarter.” source

“the reason for living was to get ready to stay dead a long time” William Faulkner, As I Lay Dying

“Death was not the opposite of life. It was already here, within my being, it had always been here, and no struggle would permit me to forget that.” Haruki Murakami, Norwegian Wood

“Let us learn to show our friendship for a man when he is alive and not after he is dead” F. Scott Fitzgerald, The Great Gatsby 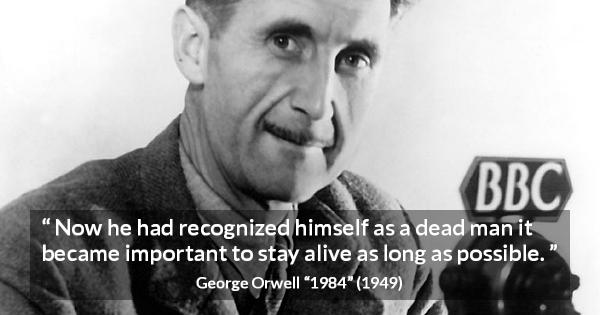 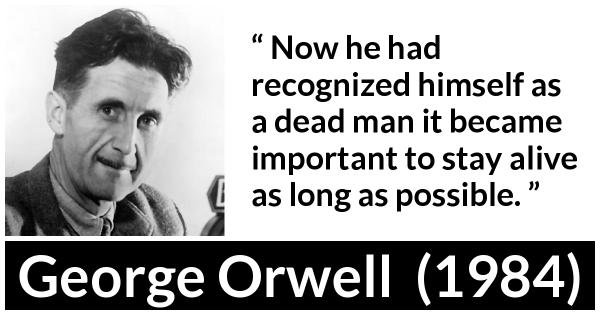 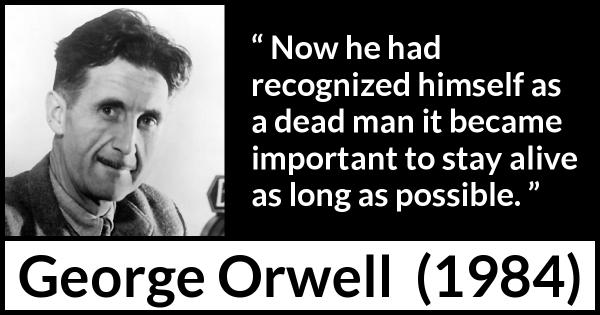 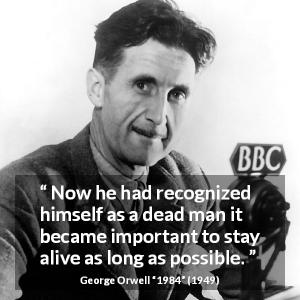 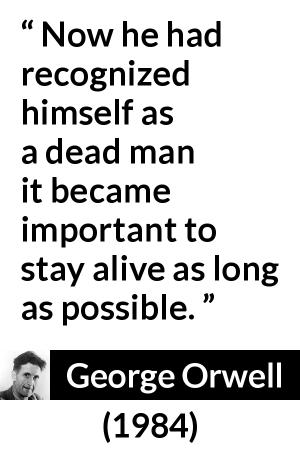 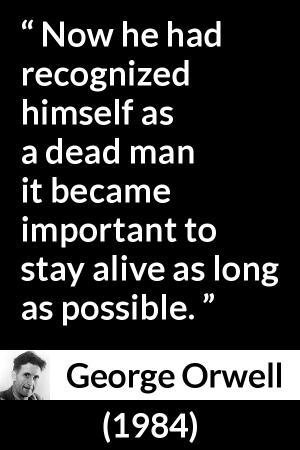