“ It were not best that we should all think alike; it is difference of opinion that makes horse-races. ”
Mark Twain, Pudd'nhead Wilson (1894). copy citation

“But with a variation—I will not ask for the money and ruin myself; I will rob the old skinflint.»
246 CHAPTER XIX. The Prophecy Realized. Few things are harder to put up with than the annoyance of a good example.—Pudd'nhead Wilson's Calendar.
It were not best that we should all think alike; it is difference of opinion that makes horse-races.—Pudd'nhead Wilson's Calendar.
Dawson's Landing was comfortably finishing its season of dull repose and waiting patiently for the duel. Count Luigi was waiting, too; but not patiently, rumor said. Sunday came, and Luigi insisted on having his challenge conveyed.” source

“If we continue to think and live as if we belong only to different cultures and different religions, with separate missions and goals, we will always be in self-defeating competition with each other.” Muhammad Ali, The Soul of a Butterfly

“My dear fellow, it isn't easy to be anything nowadays. There's such a lot of beastly competition about.” Oscar Wilde, The Importance of Being Earnest

“I don't like trick horses. It takes all the—dignity out of a horse to make him do tricks. Why, a trick horse is kind of like an actor—no dignity, no character of his own.” John Steinbeck, The Red Pony 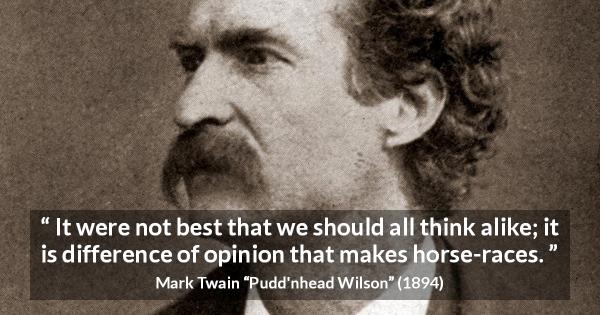 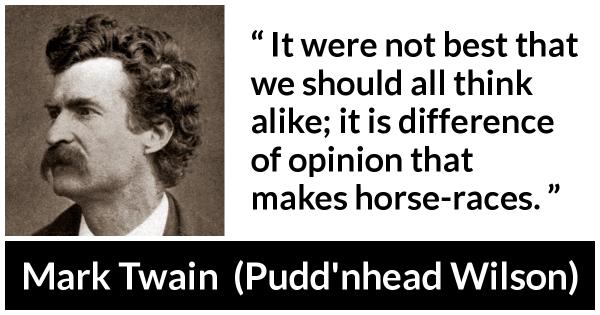 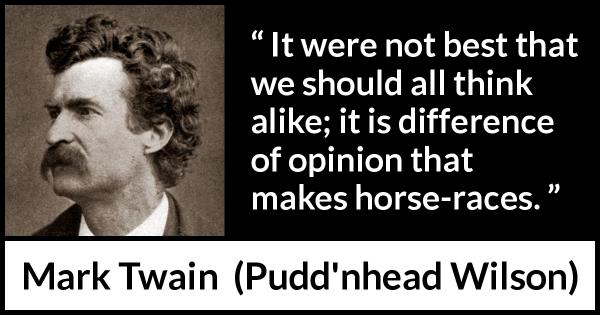 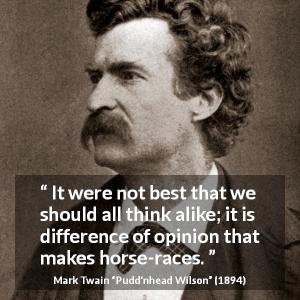 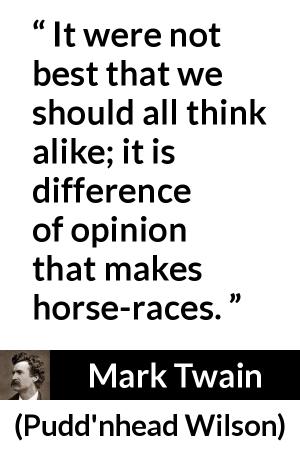 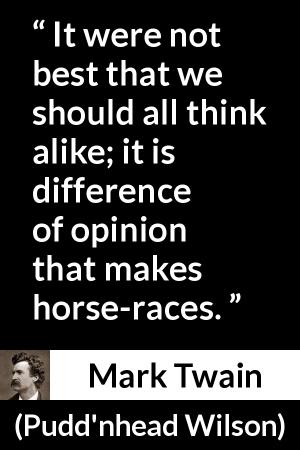