“ One who breaks an unjust law must do so openly, lovingly, and with a willingness to accept the penalty. ”
Martin Luther King, Jr., Letter from a Birmingham Jail (16 April 1963). copy citation

“But such an ordinance becomes unjust when it is used to maintain segregation and to deny citizens the First-Amendment privilege of peaceful assembly and protest.
I hope you are able to see the distinction I am trying to point out. In no sense do I advocate evading or defying the law, as would the rabid segregationist. That would lead to anarchy. One who breaks an unjust law must do so openly, lovingly, and with a willingness to accept the penalty. I submit that an individual who breaks a law that conscience tells him is unjust, and who willingly accepts the penalty of imprisonment in order to arouse the conscience of the community over its injustice, is in reality expressing the highest respect for law.” source

“A man can't be bound without a penalty.” Anthony Trollope, Phineas Redux

“Whereas the law is passionless, passion must ever sway the heart of man.” Aristotle, Politics

“There will be more joy in heaven over the tear-bathed face of a repentant sinner than over the white robes of a hundred just men.” Victor Hugo, Les Misérables 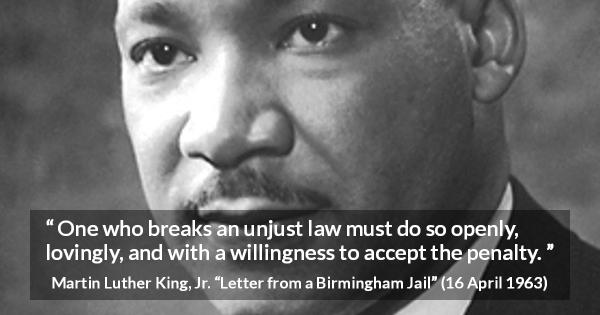 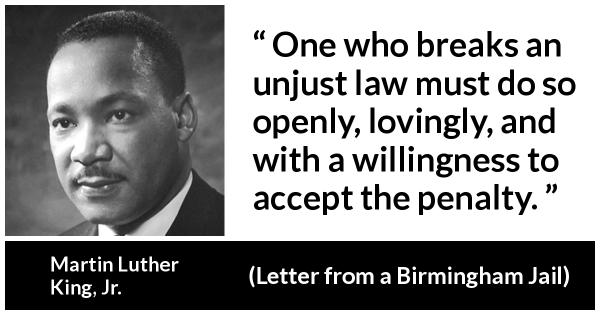 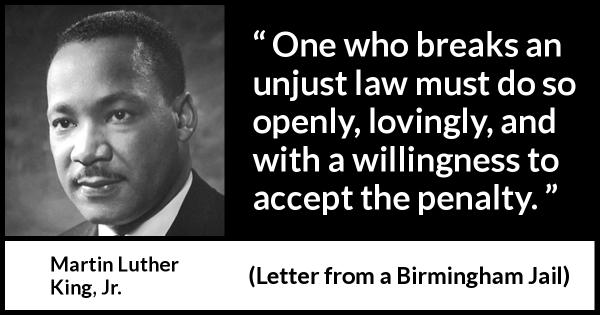 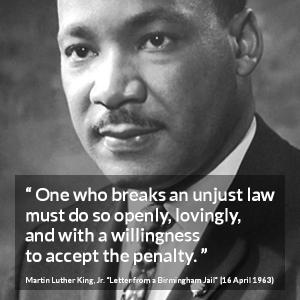 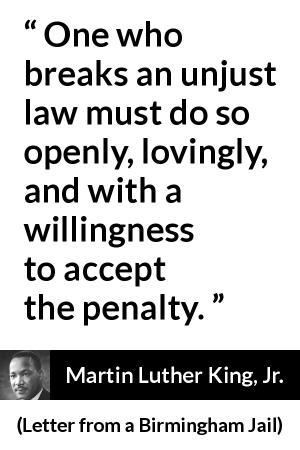 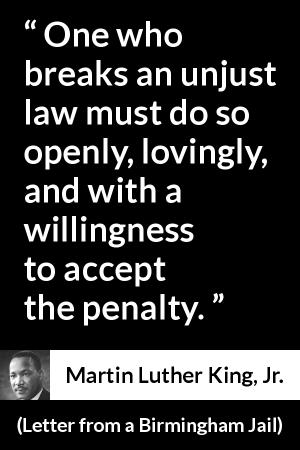