“ People in their right minds never take pride in their talents ”
Harper Lee, To Kill a Mockingbird (1960). copy citation

“I think maybe he put his gun down when he realized that God had given him an unfair advantage over most living things. I guess he decided he wouldn't shoot till he had to, and he had to today.»
«Looks like he'd be proud of it,» I said. «People in their right minds never take pride in their talents,» said Miss Maudie. We saw Zeebo drive up. He took a pitchfork from the back of the garbage truck and gingerly lifted Tim Johnson. He pitched the dog onto the truck, then poured something from a gallon jug on and around the spot where Tim fell.” source

“Yes, vanity is a weakness indeed. But pride—where there is a real superiority of mind, pride will be always under good regulation.” Jane Austen, Pride and Prejudice

“There is not much danger that real talent or goodness will be overlooked long, even if it is, the consciousness of possessing and using it well should satisfy one, and the great charm of all power is modesty.” Louisa May Alcott, Little Women

“The world will always punish the few people with special talents the rest of us don’t recognize as real.” Chuck Palahniuk, Haunted

“Anything may be betrayed, anyone may be forgiven. But not those who lack the courage of their own greatness.” Ayn Rand, The Fountainhead 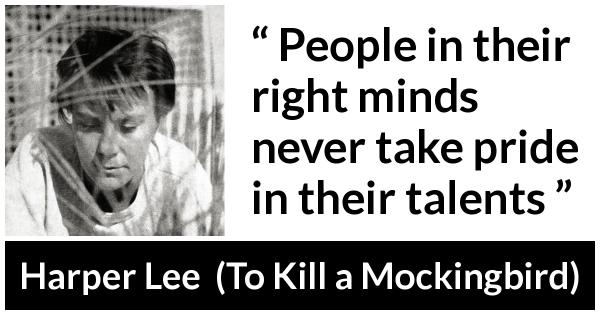 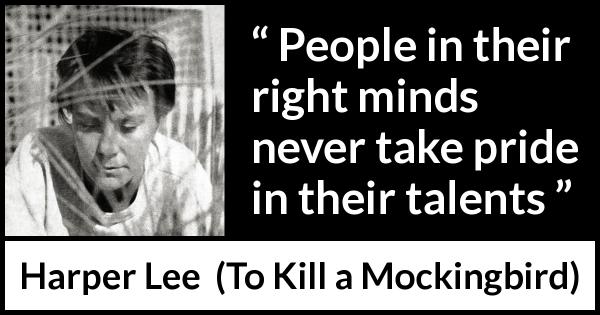 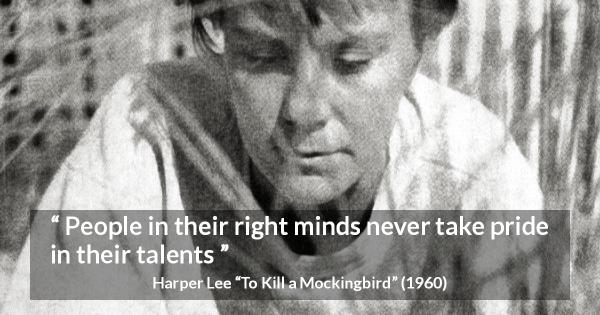 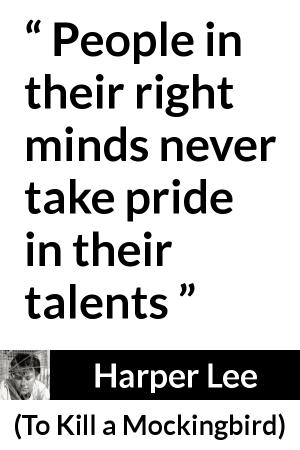 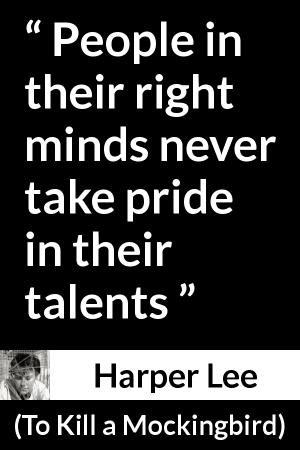 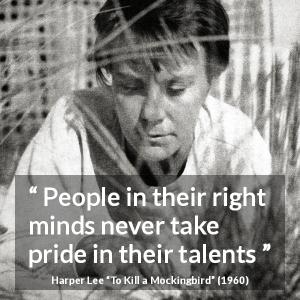