“ A proposition must be plain to be adopted by the understanding of a people. A false notion which is clear and precise will always meet with a greater number of adherents in the world than a true principle which is obscure or involved. ”
Alexis de Tocqueville, Democracy in America (1835). copy citation

“The legislator may simplify and equalize the action of these two sovereignties, by limiting each of them to a sphere of authority accurately defined; but he cannot combine them into one, or prevent them from coming into collision at certain points. The Federal system therefore rests upon a theory which is necessarily complicated, and which demands the daily exercise of a considerable share of discretion on the part of those it governs.
A proposition must be plain to be adopted by the understanding of a people. A false notion which is clear and precise will always meet with a greater number of adherents in the world than a true principle which is obscure or involved. Hence it arises that parties, which are like small communities in the heart of the nation, invariably adopt some principle or some name as a symbol, which very inadequately represents the end they have in view and the means which are at their disposal, but without which they could neither act nor subsist.” source
Original quote
“Il n'y a, en général, que les conceptions simples qui s'emparent de l'esprit du peuple. Une idée fausse, mais claire et précise, aura toujours plus de puissance dans le monde qu'une idée vraie, mais complexe.” Alexis de Tocqueville, De la démocratie en Amérique

“it is undesirable to believe a proposition when there is no ground whatever for supposing it true.” Carl Sagan, Contact

“I am as true as truth's simplicity, And simpler than the infancy of truth.” William Shakespeare, Troilus and Cressida 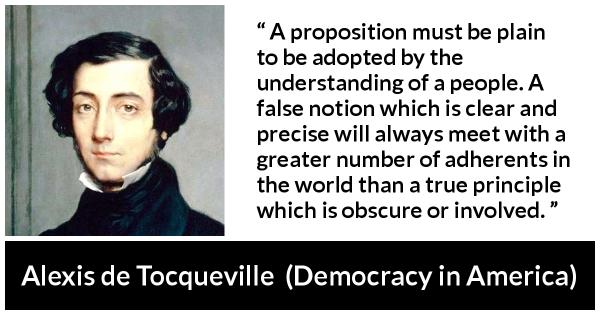 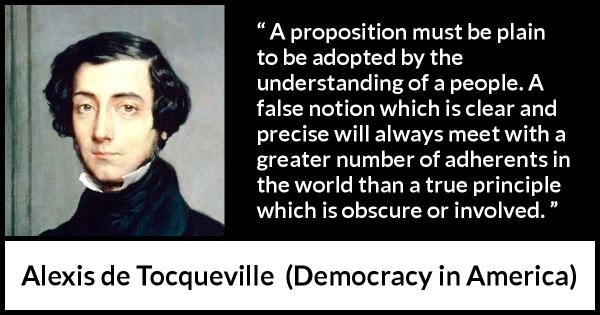 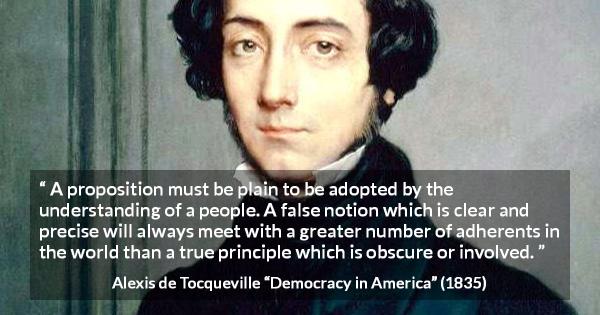 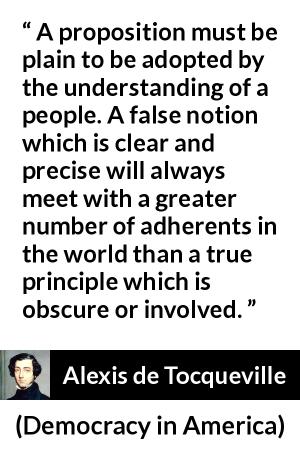 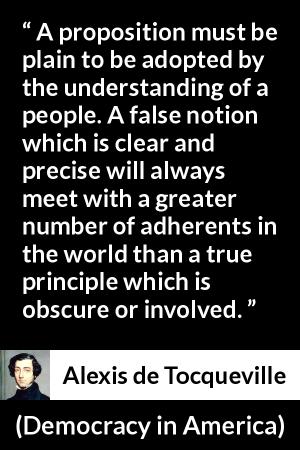 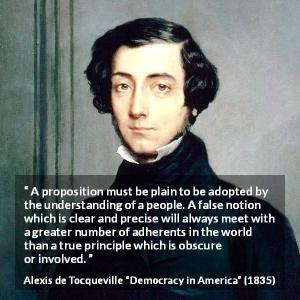