“ Some people are nobody's enemies but their own, yer know. ”
Charles Dickens, Oliver Twist (1838). copy citation

“'Every man's his own friend, my dear,' replied Fagin, with his most insinuating grin. 'He hasn't as good a one as himself anywhere.'
'Except sometimes,' replied Morris Bolter, assuming the air of a man of the world. 'Some people are nobody's enemies but their own, yer know.'
'Don't believe that,' said Fagin. 'When a man's his own enemy, it's only because he's too much his own friend; not because he's careful for everybody but himself. Pooh! Pooh! There ain't such a thing in nature.'” source

“His enemies are not demons, but human beings like himself.” Lao Tzu, Tao Te Ching

“All men are enemies. All animals are comrades.” George Orwell, Animal Farm

“In every respect the burthen is hard on those who attack an almost universal opinion.” John Stuart Mill, The Subjection of Women 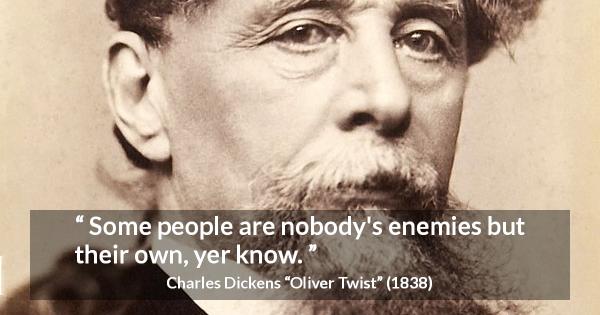 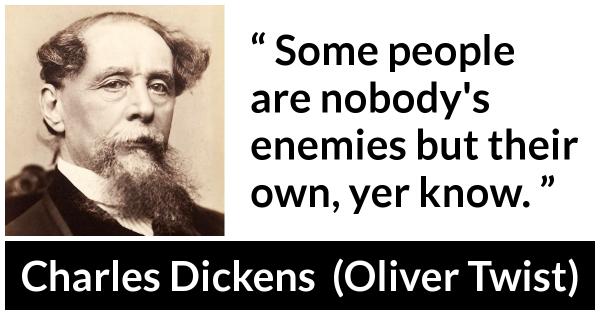 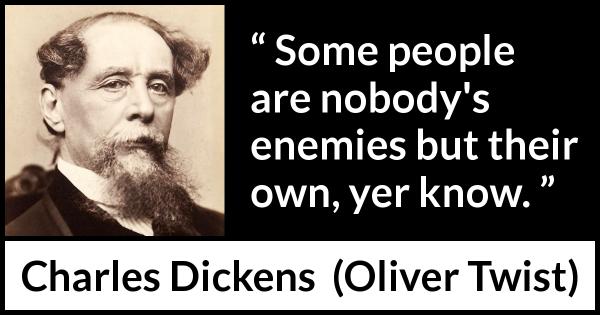 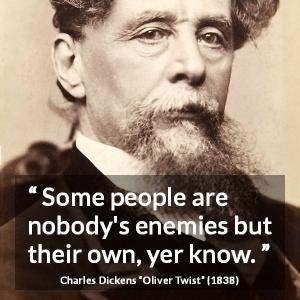 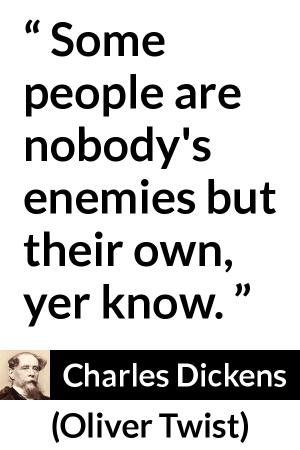 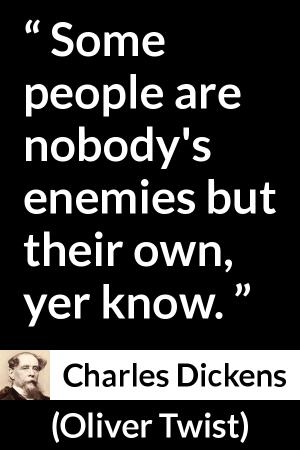