“ It is a world of disappointment: often to the hopes we most cherish, and hopes that do our nature the greatest honour. ”
Charles Dickens, Oliver Twist (1838). copy citation

“Mr. Grimwig lost no time in carrying this notice into effect upon the blushing girl; and the example, being contagious, was followed both by the doctor and Mr. Brownlow: some people affirm that Harry Maylie had been observed to set it, originally, in a dark room adjoining; but the best authorities consider this downright scandal: he being young and a clergyman.
'Oliver, my child,' said Mrs. Maylie, 'where have you been, and why do you look so sad? There are tears stealing down your face at this moment. What is the matter?'
It is a world of disappointment: often to the hopes we most cherish, and hopes that do our nature the greatest honour.
Poor Dick was dead!
CHAPTER LII FAGIN'S LAST NIGHT ALIVE The court was paved, from floor to roof, with human faces. Inquisitive and eager eyes peered from every inch of space. From the rail before the dock, away into the sharpest angle of the smallest corner in the galleries, all looks were fixed upon one man—Fagin.” source

“Then, in happy ignorance, I sighed for a world I did not know, where I hoped to find every pleasure and enjoyment which my heart could desire; and now, on my return from that wide world, O my friend, how many disappointed hopes and unsuccessful...” Johann Wolfgang von Goethe, The Sorrows of Young Werther

“what we call our despair is often only the painful eagerness of unfed hope.” George Eliot, Middlemarch

“It's difficult in times like these: ideals, dreams and cherished hopes rise within us, only to be crushed by grim reality.” Anne Frank, The Diary of a Young Girl

“The feelings that hurt most, the emotions that sting most, are those that are absurd: the longing for impossible things, precisely because they are impossible; nostalgia for what never was; the desire for what could have been; regret over not...” Fernando Pessoa, The Book of Disquiet

“Nobody likes being alone that much. I don't go out of my way to make friends, that's all. It just leads to disappointment.” Haruki Murakami, Norwegian Wood 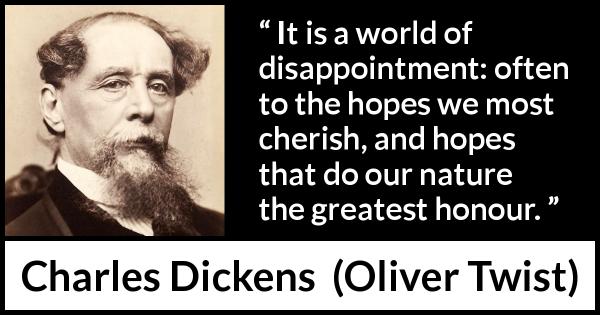 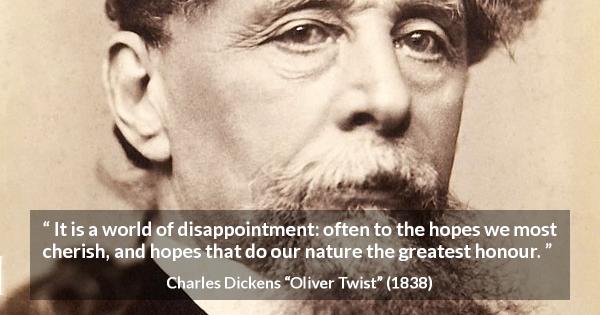 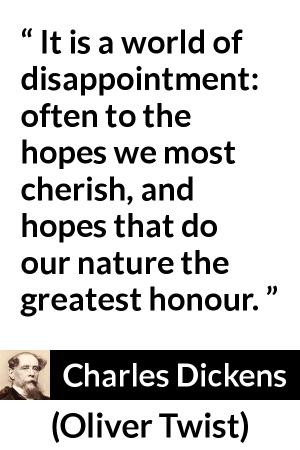 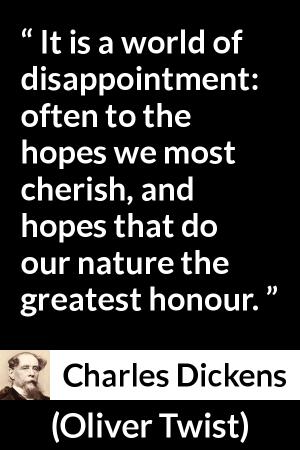