“ They seemed so like the rats he had seen outside. ”
Charles Dickens, Oliver Twist (1838). copy citation

“The man's face was thin and very pale; his hair and beard were grizzly; his eyes were bloodshot. The old woman's face was wrinkled; her two remaining teeth protruded over her under lip; and her eyes were bright and piercing. Oliver was afraid to look at either her or the man. They seemed so like the rats he had seen outside.
'Nobody shall go near her,' said the man, starting fiercely up, as the undertaker approached the recess. 'Keep back! Damn you, keep back, if you've a life to lose!'
'Nonsense, my good man,' said the undertaker, who was pretty well used to misery in all its shapes.” source

“Never did he fail to respond savagely to the chatter of the squirrel he had first met on the blasted pine.” Jack London, White Fang

“I am malicious because I am miserable.” Mary Shelley, Frankenstein 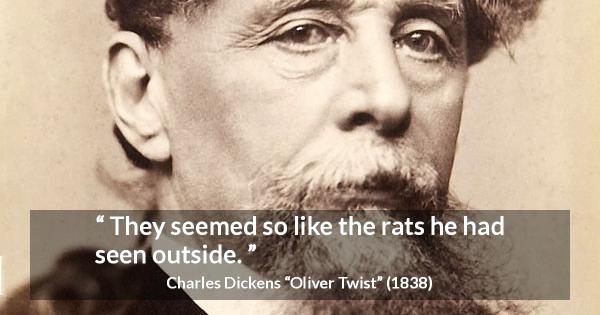 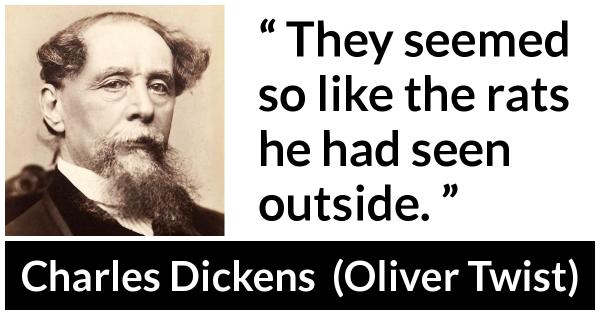 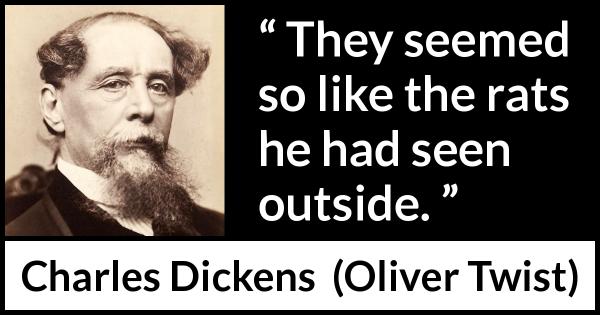 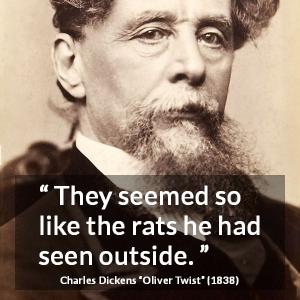 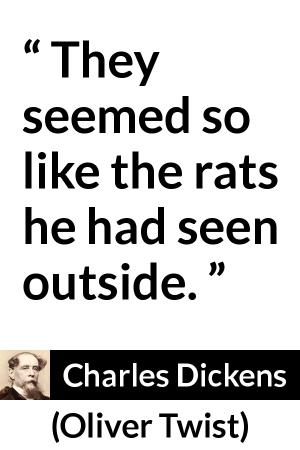 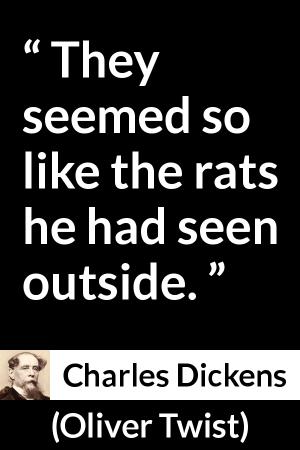