“ But vain to popularize profundities, and all truth is profound. ”
Herman Melville, Moby-Dick (1851). copy citation

“If such a furious trope may stand, his special lunacy stormed his general sanity, and carried it, and turned all its concentred cannon upon its own mad mark; so that far from having lost his strength, Ahab, to that one end, did now possess a thousand fold more potency than ever he had sanely brought to bear upon any one reasonable object.
This is much; yet Ahab's larger, darker, deeper part remains unhinted. But vain to popularize profundities, and all truth is profound. Winding far down from within the very heart of this spiked Hotel de Cluny where we here stand—however grand and wonderful, now quit it;—and take your way, ye nobler, sadder souls, to those vast Roman halls of Thermes; where far beneath the fantastic towers of man's upper earth, his root of grandeur, his whole awful essence sits in bearded state; an antique buried beneath antiquities, and throned on torsoes!” source

“The truth is not wonderful enough to suit the newspapers; so they enlarge upon it and invent ridiculous embellishments.” Helen Keller, The Story of My Life

“The consciousness of the falsity of present pleasures, and the ignorance of the vanity of absent pleasures, cause inconstancy.” Blaise Pascal, Pensées 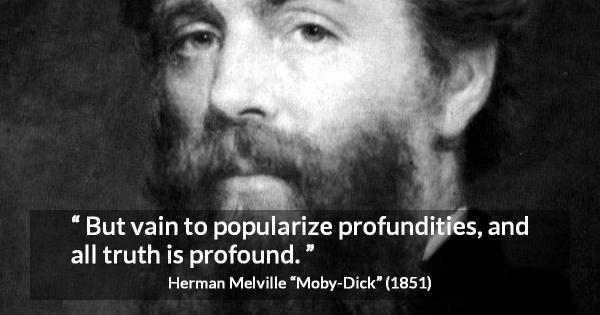 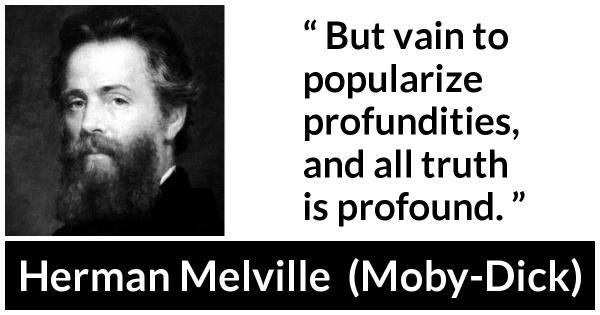 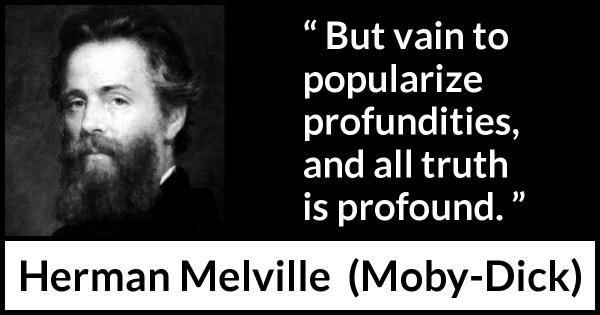 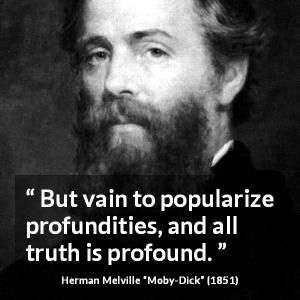 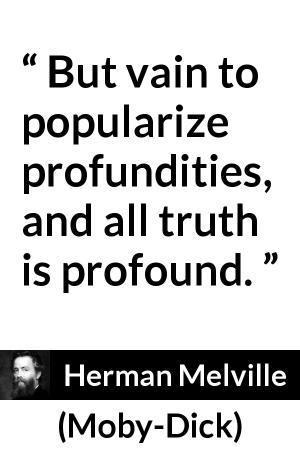 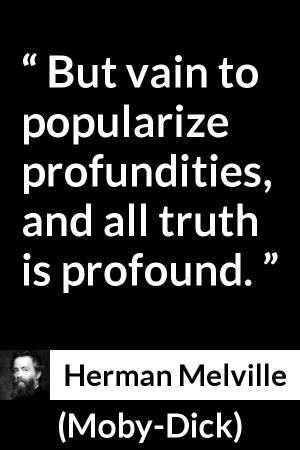