“ The government itself, which is only the mode which the people have chosen to execute their will, is equally liable to be abused and perverted before the people can act through it. ”
Henry David Thoreau, Civil Disobedience (1849). copy citation

“The objections which have been brought against a standing army, and they are many and weighty, and deserve to prevail, may also at last be brought against a standing government. The standing army is only an arm of the standing government. The government itself, which is only the mode which the people have chosen to execute their will, is equally liable to be abused and perverted before the people can act through it. Witness the present Mexican war, the work of comparatively a few individuals using the standing government as their tool; for, in the outset, the people would not have consented to this measure.
This American government,—what is it but a tradition, though a recent one, endeavoring to transmit itself unimpaired to posterity, but each instant losing some of its integrity?” source

“Under a government which imprisons any unjustly, the true place for a just man is also a prison.” Henry David Thoreau, Civil Disobedience

“It is preposterous to suppose that the people of one generation can lay down the best and only rules of government for all who are to come after them, and under unforeseen contingencies.” Ulysses S. Grant, Personal Memoirs of Ulysses S. Grant

“The legitimate powers of government extend to such acts only as are injurious to others. But it does me no injury for my neighbour to say there are twenty gods, or no god. It neither picks my pocket nor breaks my leg.” Thomas Jefferson, Notes on the State of Virginia

“Dictators free themselves but they enslave the people.” Charlie Chaplin, My Autobiography 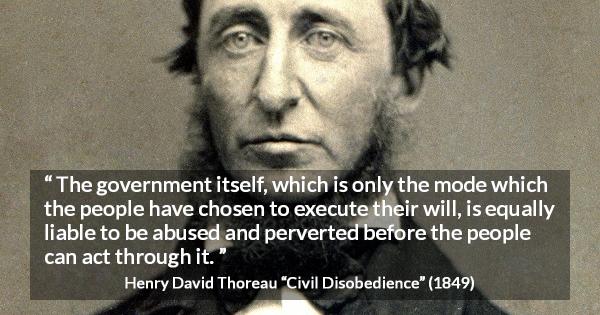 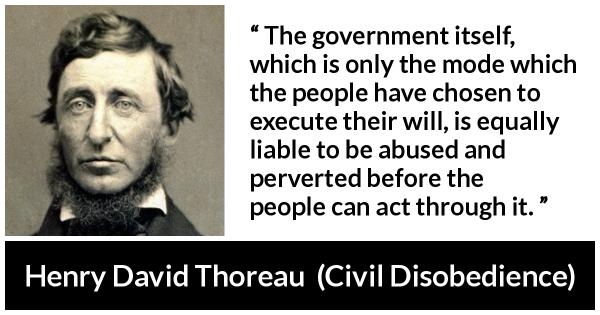 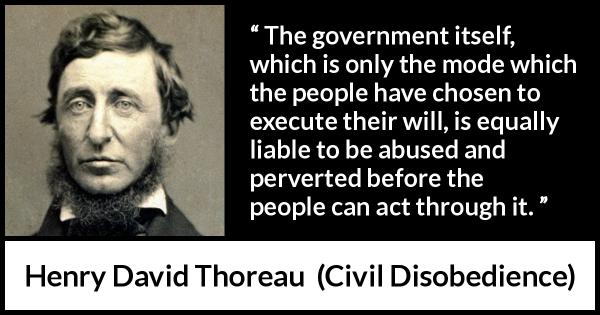 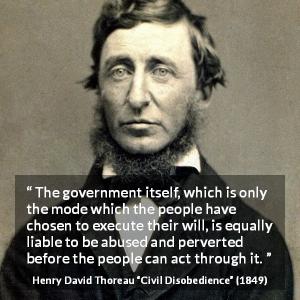 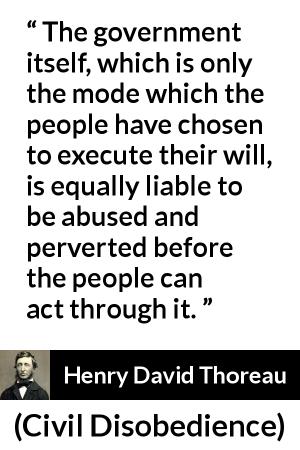 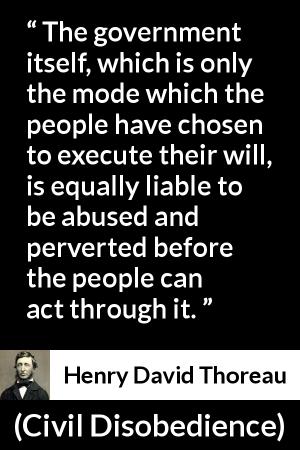