“ There are several good protections against temptations, but the surest is cowardice. ”
Mark Twain, Following the Equator (1897). copy citation

“He had the Tasmanian's spirit and endurance, and a notable share of military science besides; and so he rose against the oppressor, did this gallant «fanatic,» and started a war that was not brought to a definite end until more than a generation had sped.
CHAPTER XXXVI.
There are several good protections against temptations, but the surest is cowardice.
—Pudd'nhead Wilson's New Calendar.
Names are not always what they seem. The common Welsh name Bzjxxllwep is pronounced Jackson.
—Pudd'nhead Wilson's New Calendar.
Friday, December 13.” source

“I can resist everything except temptation.” Oscar Wilde, Lady Windermere's Fan

“The only way to get rid of a temptation is to yield to it.” Oscar Wilde, The Picture of Dorian Gray

“courage is a kind of salvation.” Plato, The Republic

“He thought of the virtues of courage and forbearance, which become flabby when there is nothing to use them on.” John Steinbeck, East of Eden 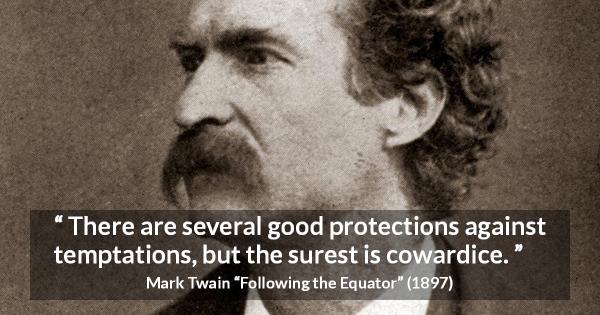 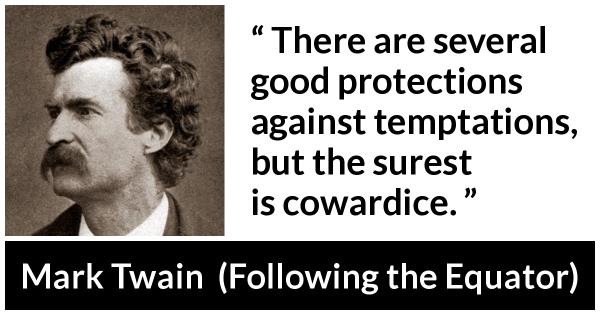 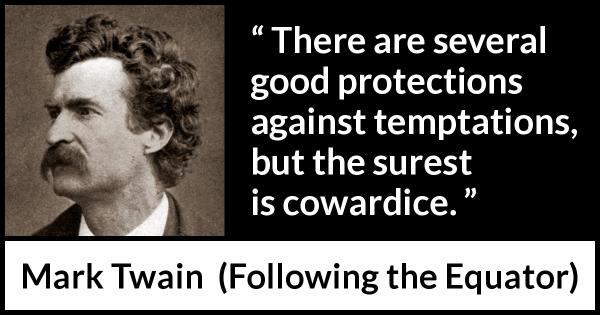 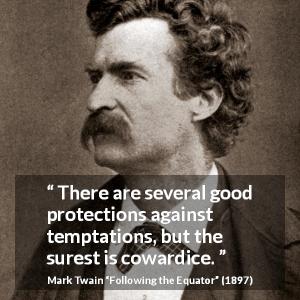 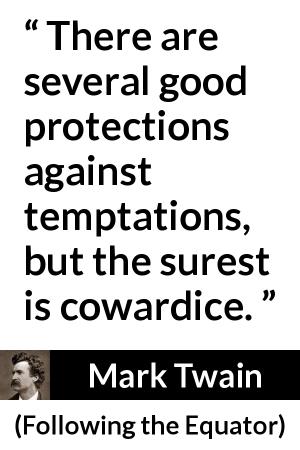 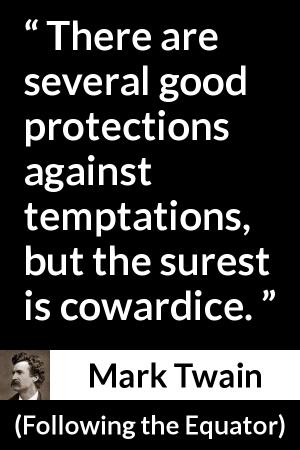