“The missionary taught these exacting savages many valuable things, and got from them one—a very dainty and poetical idea: Those wild and ignorant poor children of Nature believed that the flowers, after they perish, rise on the winds and float away to the fair fields of heaven, and flourish there forever in immortal beauty! CHAPTER VIII.
It could probably be shown by facts and figures that there is no distinctly native American criminal class except Congress.
—Pudd'nhead Wilson's New Calendar.
When one glances at the map the members of the stupendous island wilderness of the Pacific seem to crowd upon each other; but no, there is no crowding, even in the center of a group; and between groups there are lonely wide deserts of sea.” source

“America will never be whole as long as the right to life granted by our Creator is denied to the unborn.” Ronald Reagan, State of the Union Address

“Again, the many are more incorruptible than the few; they are like the greater quantity of water which is less easily corrupted than a little.” Aristotle, Politics 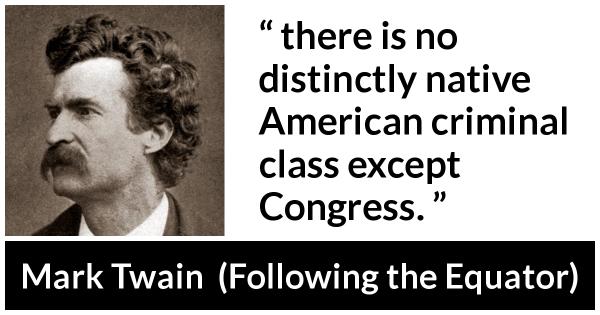 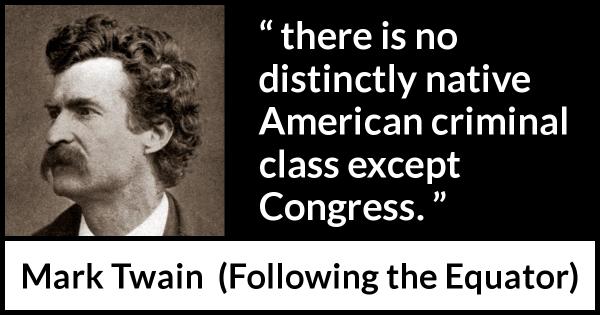 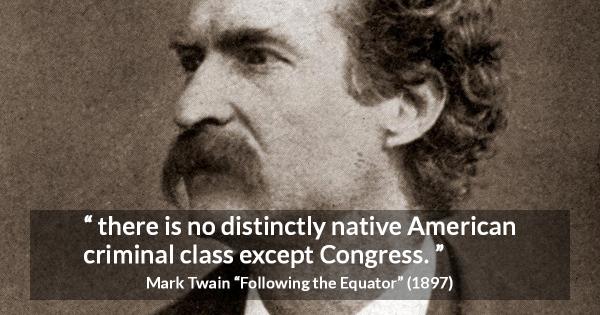 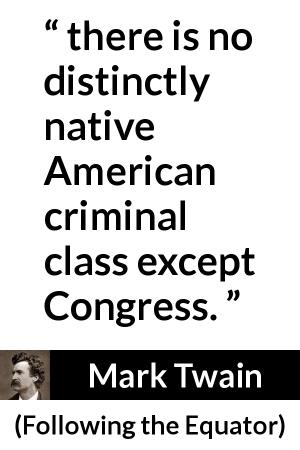 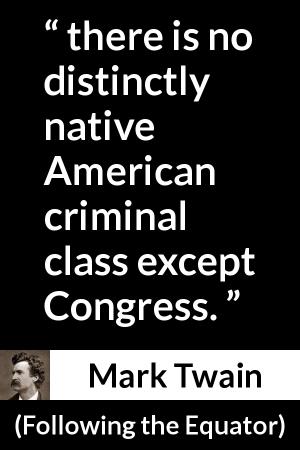 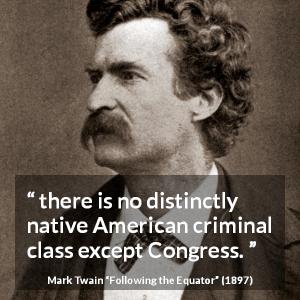