“ Training is everything. The peach was once a bitter almond; cauliflower is nothing but cabbage with a college education. ”
Mark Twain, Pudd'nhead Wilson (1894). copy citation

“Wilson said to himself, «The drop of black blood in her is superstitious; she thinks there's some devilry, some witch-business about my glass mystery somewhere; she used to come here with an old horseshoe in her hand; it could have been an accident, but I doubt it.»
67 CHAPTER V. The Twins Thrill Dawson's Landing. Training is everything. The peach was once a bitter almond; cauliflower is nothing but cabbage with a college education.—Pudd'nhead Wilson's Calendar.
Remark of Dr. Baldwin's, concerning upstarts: We don't care to eat toadstools that think they are truffles.—Pudd'nhead Wilson's Calendar.
Mrs. York Driscoll enjoyed two years of bliss with that prize, Tom—bliss that was troubled a little at times, it is true, but bliss nevertheless; then she died, and her husband and his childless sister, Mrs. Pratt, continued the bliss-business at the old stand.” source

“The classes were valuable, but the real education was the game.” Orson Scott Card, Ender's Game

“Were all instructors to realize that the quality of mental process, not the production of correct answers, is the measure of educative growth something hardly less than a revolution in teaching would be worked.” John Dewey, Democracy and Education

“Nature offers simply the germs which education is to develop and perfect.” John Dewey, Democracy and Education

“I imagine that one of the biggest troubles with colleges is there are too many distractions, too much panty-raiding, fraternities, and boola-boola and all of that.” Malcolm X, The Autobiography of Malcolm X

“Life, I’ve learned, is never fair. If people teach anything in school, that should be it.” Nicholas Sparks, A Walk to Remember 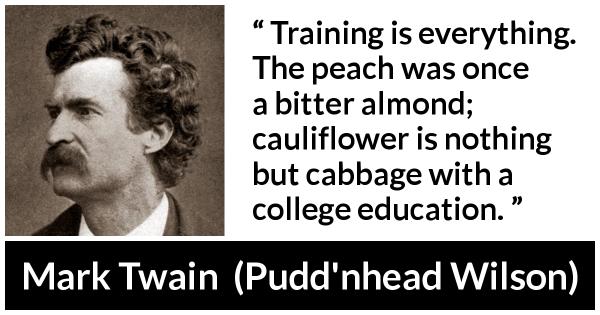 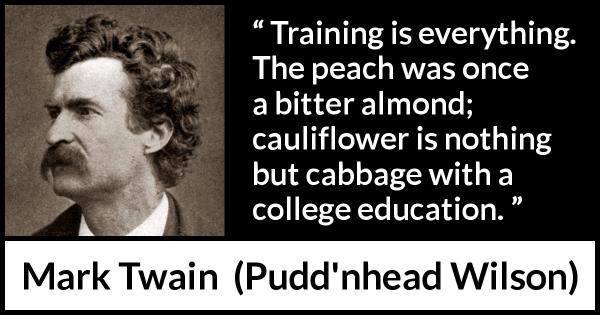 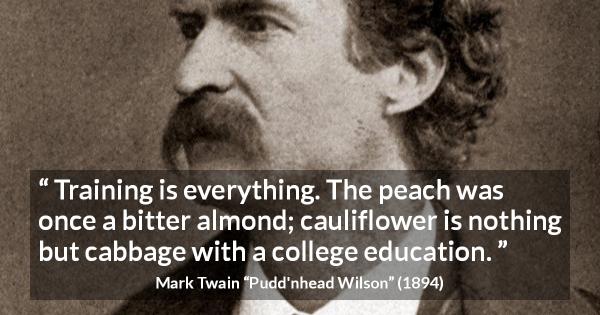 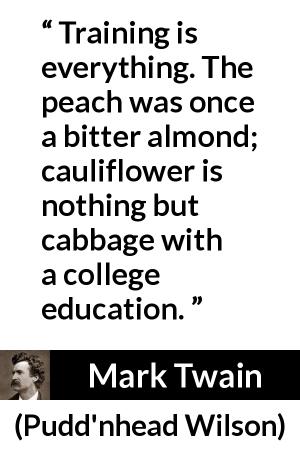 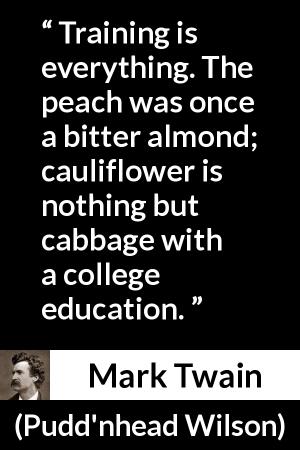 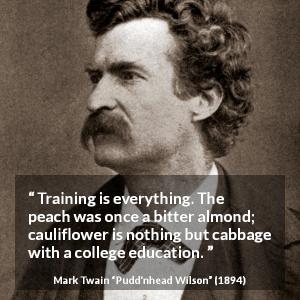